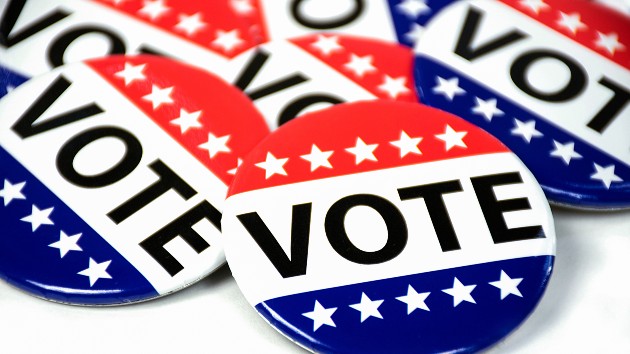 (WASHINGTON) — As Republican state lawmakers across the country wage what critics are calling the most sweeping voter suppression campaign since the Jim Crow era, two notable swing states have been spared the onslaught of proposed legislation.

In Ohio and North Carolina, where former President Donald Trump triumphed in November, the GOP-controlled legislatures seem content to maintain the status quo. To date, no bills regarding access to ballots have been proposed in either state.

The same cannot be said of places where electoral defeats doomed Trump’s reelection bid. In Arizona, Georgia, Pennsylvania, and New Hampshire, an attempted overhaul of the voting system is well underway, with hundreds of bills being introduced to slash expanded voting regulations that found favor in recent years and at the height of the coronavirus pandemic, like expanded access to absentee and early voting.

The divergent fate of voting rights in similar swing states reflects a worrisome trend for voting-rights supporters: Where Trump lost, Republicans are seeking to rewrite the rule book in their favor, regardless of how down-ballot candidates performed. In states that Trump won — nothing.

“It’s troubling to think that our democracy is so fragile that the outcome of one race would in fact give people the impetus to overhaul the franchise in their state and erect barriers to voters’ participation,” said Tammy Patrick, a former election official in Arizona and a senior adviser at the Democracy Fund, a nonpartisan election advocacy group.

“So much is being done, not based on how a party did in a state, but how one candidate did,” Patrick said.

Never before has one candidate’s political fortunes led to such a drastic shift in American democracy, said experts who spoke with ABC News. From absentee ballot rules to the selection of judges, Republican state legislators are taking aim at every conceivable element of the voting process.

Since January, more than 250 bills that would restrict access to voting have been introduced in 43 statehouses, according to the Brennan Center for Justice at New York University. The bulk of proposed legislation resides in states carried by President Joe Biden. Some experts believe that if Biden had won additional states, there may be an even broader effort to enact new rules dictating access to ballots.

“If the result in Ohio had been that Biden won, it is extremely difficult for me to imagine that we wouldn’t have a dozen bills already in the legislature now,” said Mia Lewis of Common Cause Ohio, a nonpartisan democracy watchdog.

In North Carolina, where Trump soundly defeated Biden, “there isn’t much of an appetite to change things” in the Republican-controlled legislature, said Tomas Lopez of Democracy North Carolina, a nonprofit group focused on increasing voting access.

“If you look at the states that are similar to Arizona and Georgia in composition, because the former president won in those states, they aren’t seeing the same kind of onslaught,” Patrick said.

Republicans say their ballot-access proposals in places like Arizona and Georgia reflect broader efforts to improve the security of elections — despite scant evidence of the widespread fraud claims promoted by Trump and his allies in the wake of the 2020 election.

“Most people want voter ID laws, safeguards for absentee ballots, and fair rules that make it both easy to vote and hard to cheat,” said Jason Snead, the executive director of the Honest Elections Project, a group that is advocating for tight election laws. “But progressive groups disagree, and are trying to distract from the fact that they are advancing a deeply unpopular agenda.”

In Georgia, a fierce election battle is underway after Trump and two incumbent GOP Senators lost in the most recent election cycle. Republican lawmakers in the state have drafted bills to eliminate no-excuse absentee voting, shorten the early voting window, and restrict use of drop boxes. On Wednesday, Republicans introduced a last-minute bill with additional voting restrictions.

“This is a part of a long-term, strategic plan for Republicans to hold power as long as possible,” said Hillary Holley, the organizing director for the Georgia-based voting rights group Fair Fight.

The move comes even as fallout continues from Trump’s last-ditch efforts to challenge the outcome of the election. Last month the Fulton County district attorney formally launched a criminal investigation into Trump’s efforts to overturn the results of the election in Georgia, which included the Jan. 2 phone call in which he pleaded with Georgia Secretary of State Brad Raffensperger to help him “find 11,780 votes,” the exact number he needed to win the state. A grand jury was expected to be seated in the investigation earlier this month.

In Pennsylvania, where a slew of lawsuits filed by Trump and his allies challenging Biden’s electoral victory failed to pass muster in the courts, Republicans are now targeting the methods by which judges in the state are elected.

“Our understanding is there is a significant amount of animosity toward the appellate courts by the Republicans, and it came about in legislation,” said Khalif Ali, executive director of Common Cause in Pennsylvania.

“It’s a direct response to the results of the November election,” Ali said. “There’s an idea going out that if democracy doesn’t give you what you want, it must be broken.”

And in New Hampshire, where Republicans gained control of the state legislature but failed to deliver a victory to Trump, GOP lawmakers are locked in a bitter dispute to curb the voting rights of college students in the state.

“These bills are totally not necessary and counterproductive in that they could potentially create all these burdens on the right to vote for no good purpose,” according to Henry Klementowicz, a staff attorney with the ACLU in New Hampshire.

In the meantime, voting rights advocates in North Carolina and Ohio remain cautiously optimistic that their states can escape Republicans’ efforts.

But with the 2022 midterm elections looming — and with competitive U.S. Senate seats up for grabs in both states — experts say there may yet be challenges to voting rules.