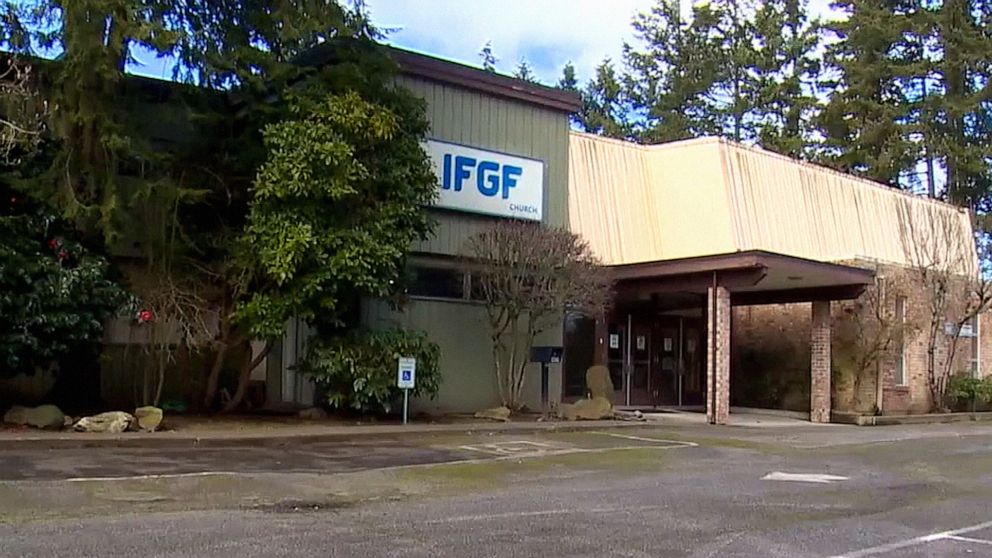 (SEATTLE) — A Seattle church was targeted with racist messages written in hay that said, “F— China” and “You will pay,” church officials said.

The International Full Gospel Fellowship Church in Seattle said someone left the offensive messages in hay in their parking lot on Monday, marking the fourth such attack this year.

Some of the racist messages messages said, “You will pay” and “Go home.”

Church office manager Anastasia Antonius told ABC News the church was targeted with the hate messages once in January, twice in February and on Monday, and all incidents involved racist statements.

The non-denominational church reported the incidents to police and officers went to the scene to look into the matter, Antonius said.

The vandalism has left the community “terrified” and on edge, Antonius said, especially the staffers at the church’s daycare center, where some teachers come from China.

“We worry about the day care the most,” Antonius said. “The teachers are terrified. It’s not good.”

Church officials told local ABC Seattle affiliate KOMO that they’re not sure why they were targeted when people of all backgrounds are welcome to their services and only about 5% of their congregation is of Chinese descent.

The church will beef up security ahead of restarting in-person services on March 28, Antonius said. The church will install security cameras this week and is hiring night guards from a security firm to monitor the church grounds during the evenings and for church services.

“We are not condemning anyone, we just don’t want this to happen anymore,” Antonius said. “It’s very wrong.”

Antonius said similar racist hay messages were left on the grounds of the Northgate Community Center in Seattle. A similar message was left in the parking lot of Grace Chinese Lutheran Church, per KIRO7.

Crimes against Asian Americans have spiked in the last year, reported to be fueled, in part, by the coronavirus pandemic’s suspected origins in Wuhan, China.

There were nearly 3,000 hate incidents towards Asian Americans in 2020 alone, according to data from the Stop AAPI Hate coalition, which set up a website to help track the cases, some of which were not reported to police.

The group, which says it started to operate last year in response to an increase in discrimination, does not have statistics for 2019, but for context, in that year, there were 158 incidents of reported anti-Asian bias crimes in the U.S., according to FBI hate crimes data.

Lucy Lawless reunites with ‘Xena’ co-star Renee O’Connor in season two of Acorn TV’s ‘My Life Is Murder’
Injured in a video game? Attorney Bryan Breynolds, no relation to ‘Free Guy’ star Ryan Reynolds, is here for you
Arizona mom urges masks in classrooms after her kindergartner contracts COVID-19
“The soul of The Valley is on the line”: With teaser, Netflix announces ‘Cobra Kai’ Season 4 to debut in December
COVID-19 live updates: 7 states accounting for about half of new cases
Knicks Julius Randle signs 4-year, $117 million extension