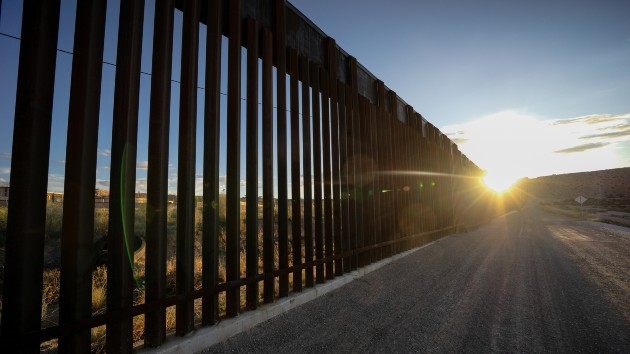 (WASHINGTON) — House Republican Leader Kevin McCarthy and a dozen GOP House members slammed President Joe Biden for what they claim has been a slow response to what they call an ongoing humanitarian crisis.

Their criticism came after they visited a detention center on the U.S.-Mexico border Monday.

“It’s more than a crisis. This is a human heartbreak,” McCarthy told reporters Monday at a news conference in El Paso, Texas.

McCarthy and his fellow Republicans have seized on Biden’s immigration policies, blaming the administration for a surge of migrant crossings at the border.

Democrats insist that McCarthy and his fellow Republicans are blowing the situation out of proportion.

“I guess their Dr. Seuss approach didn’t work for them. Now they have to change the subject,” House Speaker Nancy Pelosi said last week about Republicans’ renewed focus on the border.

“Unless action is taken to stem the flow of migrants across the border that Category 5 hurricane is going to break the entire system,” he said.

White House press secretary Jen Psaki called the situation “heartbreaking” and “not acceptable,” adding, “I think the challenge here is that there are only — there are not that many options.”

She said the president’s critics “are not putting forward a lot of solutions.”

“We want to expedite getting these kids out of these CBP (Customs and Border Protection) facilities as quickly as possible,” she told reporters.

McCarthy, however, dubbed the situation a “Biden Border Crisis.”

The Republican leader said that the detention facility the group toured Monday, built just over a year ago, is already over capacity.

“They’re having to build into the parking lot a makeshift facility,” he said.

McCarthy said GOP House members spoke with a family from Honduras they said had been traveling for at least 22 days.

“Even though the U.S. Congress just passed a $1.9 trillion bill, not $1 in there to help them,” McCarthy said.

McCarthy called on Biden to go down to the border to see the crisis for himself.

“I know the president’s going to travel this week. This is where he should bring Air Force One,” McCarthy said.

Psaki said she didn’t have any announcements to share about Biden going to the border, but reiterated that the administration is working “to develop solutions that will expedite processing at the border.”

“That will open more facilities, that will ensure kids are treated with humanity and also treated safely,” she said.