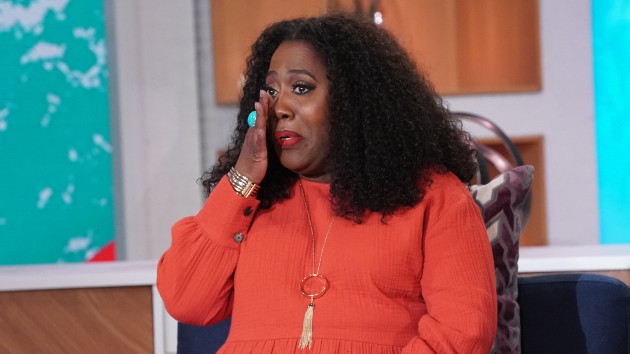 (LOS ANGELES) — With Sharon Osbourne blaming producers of the chat show for “blindsiding” her during a segment of The Talk last week about her friend Piers Morgan, comes news The Talk’s cast has been put on hiatus over the installment.

The segment had Osbourne defending Morgan’s right to say what he wanted about Meghan Markle following her much-watched chat with Oprah Winfrey, challenging others to explain how his comments were racist.  She later apologized, leading Morgan to accuse her producers and co-hosts into “bullying” her into doing so.

In a statement obtained by ABC Audio, CBS declared the show will be put on hiatus until Wednesday so they can investigate the situation. “We are committed to a diverse, inclusive and respectful workplace. All matters related to the Wednesday episode of The Talk are currently under internal review,” claimed reps for the show.

To Variety, Osbourne complained that the producers set her up, “like a lamb held out for slaughter.”  Osbourne told the trade, “I was blindsided, totally blindsided by the whole situation. In my 11 years, this was the first time I was not involved with the planning of the segment.”

She explained she was only asked if they could talk about Morgan eight minutes before the show began. “But then I get on there, I say my piece and [co-host] Sheryl [Underwood] turns around straight-faced, looks at me and is reading from a card with questions.”

Osbourne added, “I was just so hurt, caught off guard and stunned by what I was being asked and not prepared. I was honestly in shock. I felt like I was in front of a firing squad….They had me there for 20 minutes.”

The Talk is slated to go back into production Wednesday.

COVID-19 vaccinations up 14% in past week, White House says
Nathan Fillion gives new meaning to “arms control” as TDK in new clip from ‘The Suicide Squad’
Paralyzed man uses exoskeleton suit to get down on knee to propose to girlfriend
Whoopi Goldberg joins film on Emmet Till’s mother; Marla Gibbs & Jackée Harry to reunite on ‘Day of Our Lives’ & more
Bada Bing! ‘Monopoly: The Sopranos Edition’ is here
Clara McGregor shows off fresh face, a month after dog bit her