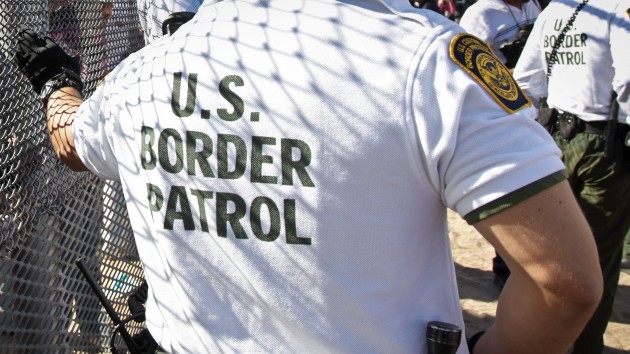 (NEW YORK) — The number of unaccompanied teens and children in U.S. custody along the U.S.-Mexico border has reached record numbers, forcing children to stay longer in perilously overcrowded border facilities, many of which are similar to jail, multiple sources who reviewed the most recent government data told ABC News.

There are now 4,276 children in custody, up from about 3,400 earlier in the week. It is a 25% increase, which sources tell ABC News is troubling and could lead to the kind of environment last seen during the 2018-2019 surge, in which six migrant children died in U.S. custody.

Overcrowding, measured in pre-pandemic levels, has spiked, various sources who reviewed recent government data told ABC News. Rio Grande Valley is at 363% capacity and all the major Border patrol sectors are at well over 100% capacity.

The current average time the children spend in facilities typically designed to hold adult males for 24 hours, has increased to 117 hours — 45 hours longer than the legal limits on custody, the sources said.

That amount of time has also increased significantly over the past week.

Most children are being fed and have access to movies, but they’re sleeping on thin pads on the floor with only paper-thin foil blankets to keep them warm, according to congresswoman Veronica Escobar.

“There was no social distancing. This facility is at capacity,” said Escobar of the facility she visited in El Paso, Texas.

The data indicates that most of the children, over 2,600 of them, have been fully processed by Border Patrol officials, but are waiting to be transferred to the U.S. Department of Health and Human Services’ (HHS) facilities, which are designed to shelter minors.

The data also shows the bottleneck, and the challenge for the administration, is only set to grow.

The number of teens apprehended at the border is increasing weekly, averaging at over 500 in the past two weeks and putting the total number of possible apprehensions at an unprecedented 15,000 over a four-week span.

Traditionally, the numbers of migrants attempting to cross into the U.S. increases in late spring.

Human rights observers place blame on the Trump administration for dismantling the humanitarian protections built into the country’s immigration system. Still, Amnesty International USA has condemned the use of facilities like the ones HHS currently relies on for handling the influx of children.

“The government needs to move faster, and it is taking steps to move faster,” said Denise Bell, a researcher for refugee and migrant rights at Amnesty International. “And in the interim, we have to acknowledge that we don’t want to endanger children by releasing them onto the street when they arrive, or to sponsors that haven’t been vetted, but we need more capacity, and we need to move faster.”

Over the weekend, the Department of Homeland Security mobilized the Federal Emergency Management Agency to assist in sheltering and transporting the unaccompanied children.

“I am grateful for the exceptional talent and responsiveness of the FEMA team,” Homeland Security Secretary Alejandro Mayorkas said in a statement. “I am incredibly proud of the agents of the Border Patrol, who have been working around the clock in difficult circumstances to take care of children temporarily in our care. Yet, as I have said many times, a Border Patrol facility is no place for a child.”

Adding to the backlog are some 8,800 unaccompanied migrants currently under the responsibility of the Health and Human Services Office of Refugee Resettlement, according to multiple sources. This is up from 8,100 last Wednesday.

Shelter capacity is typically upwards of 13,000, but the COVID-19 pandemic has cut that drastically. Still, ORR acknowledged in a statement that it authorized facilities in its network to open up to pre-pandemic levels.

“Additional shelter capacity will minimize the likelihood that children remain in Border Patrol stations longer than necessary, where they are also exposed to COVID-19 transmission risks as well as child welfare concerns associated with such settings,” ORR said in a statement. “Over-capacity Border Stations pose a greater infection risk to children than ORR program sites that are operating at full licensed capacity but use other COVID-19 mitigation measures.”

“It’s not us being able to turn on a light switch,” one senior administration official said. “So it’s going to be really critical that those state licensing officials and state health officials understand and implement that CDC memo to allow our facilities to make those changes necessary.”