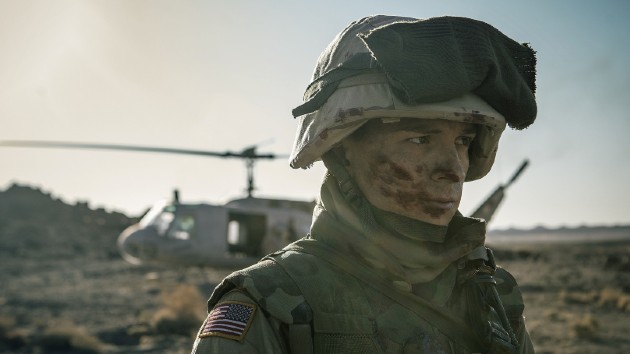 (NEW YORK) — Marvel movie directors Joe and Anthony Russo get back to their modest-budget beginnings with their new film, Cherry, which is now streaming on AppleTV+.

The movie, which stars Spider-Man actor Tom Holland, is based on Nico Walker’s 2018 novel of the same name. Holland plays a young man who drops out of college and joins the Army after suffering a broken heart, only to return home returns to his true love stricken with combat PTSD. He soon turns to a life of crime when both become hooked on opioids.

The opioid crisis hit close to both the Russo family personally, and to their hometown of Cleveland, where the movie is set, Joe Russo explained to ABC Audio.

“This was a city that saw a great economic depression 30 years ago…” said Russo, but as it recovered, opioid addiction moved in.

Calling it “an existential blight,” Joe says, “these drugs have been scientifically engineered to make people addicted to them. And they were peddled by doctors who are paid to prescribe them….[I]t’s ballooned into a crisis of utterly tragic proportions.”

Cherry was a true family affair, with the Russos’ sister, Angela Russo-Otstot, co-writing with Jessica Goldberg.

“[S]he’s a bit younger than Joe and I,” Anthony says of their sister, “but…over the years…we’ve had the opportunity to work with her in a variety of ways… And this has definitely been the most intimate and most exciting way…”

Anthony adds, “It was a really special experience for all of us and I think really appropriate because…the primary motivation to make this movie was so deeply personal and did have to do with our…family experiences.”

One of the five people shot on Bourbon Street in New Orleans is an alleged gunman: Chief
Some Democrats call on McCarthy to resign after comment ‘hard not to hit’ Pelosi with speaker’s gavel
US passes major vaccine milestone: 70% of adults now have at least 1 shot, White House says
Simone Biles to compete on balance beam
‘Jungle Cruise’ sails to $34.2 million box office debut; $30 million on Disney+
Gun-wielding masked men shoot 10 in New York City attack, speed off on mopeds