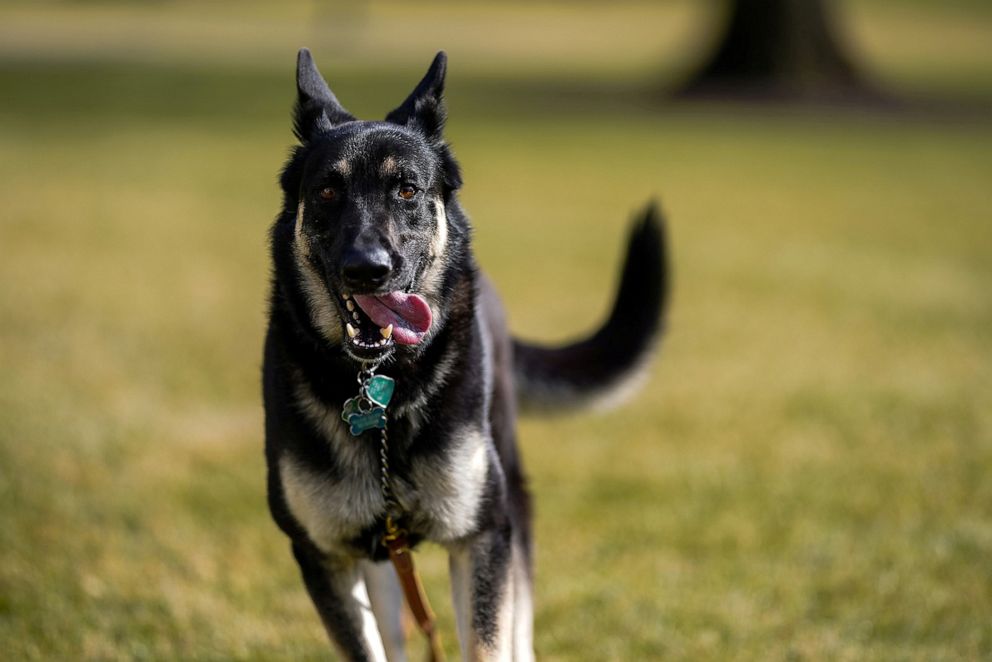 (WASHINGTON) — The White House on Tuesday confirmed, sort of, that the report creating widespread speculation was true: First dog Major had been sent to the dog house — back in Delaware.

In fact, both of the Bidens’ German shepherds — Major and Champ — have been at least temporarily transferred from the White House — to be cared for by family friends in Delaware — after Major was involved in an “incident” on Monday, reacting in a way that caused “a minor injury,” White House press secretary Jen Psaki said Tuesday.

She said both dogs would be back, but it was unclear when, and if their trip was routine or because of Major’s “minor” transgression.

“Champion and Major, the president and first lady’s dogs, members of the family, are still getting acclimated and accustomed to their new surroundings and new people,” Psaki said at the daily press briefing after earlier dodging about the dog, saying she didn’t have any specifics.

“And on Monday, the first family’s younger dog, Major, was surprised by an unfamiliar person and reacted in a way that resulted in a minor injury to the individual, which was handled by the White House Medical unit with no further treatment needed,” she said, choosing her words carefully and declining to get into details.

CNN first reported that Biden’s 3-year-old German Shepherd Major, was involved in a “biting incident” with a member of White House security, though Psaki would not confirm Tuesday who was involved in the incident.

Major is a three-year-old rescue the Bidens adopted from the Delaware Humane Association shortly before Biden hit the campaign trail last year. Major and Champ joined the first family at the White House shortly after Inauguration Day, the Bidens winning praise for restoring the long tradition of presidents keeping dogs and other animals at the executive mansion.

“It had been previously planned already for the dogs to be cared for by family friends in Delaware during Dr. Biden’s travels to military bases this week. She has a three-day trip this week, and the dogs will return to the White House soon,” Psaki said.

She at first looked taken aback, but then responded firmly, when a reporter asked for assurance that Major would not be euthanized.

“Well, certainly, Major Biden is a member of the family, so I can assure you that,” Psaki said.

The First Dogs—Champ and Major—arrived at the White House on Sunday from Delaware.

The two German shepherds are the first pets to live at the executive mansion since the Obama administration. https://t.co/imJ5jzdi7a pic.twitter.com/JXChPJQBXF

Dogs can bite or otherwise act aggressively for many reasons, explained Kitty Block, president and chief executive office of the Humane Society of the United States.

“While serious dog bites are rare, accidents happen and we can reduce the prevalence of bites by understanding the signals that a dog gives when they are in an uncomfortable situation and removing the factor that is causing their fear or stress,” Block said. “For example, if a dog is overwhelmed by close proximity to strangers, we can work to avoid areas with lots of people or leave them in an environment where they are more comfortable.

This is not the first time a first dog being has been involved in an incident at the White House.

After dealing with the dog drama, Psaki was asked about an updated on the promised White House cat.