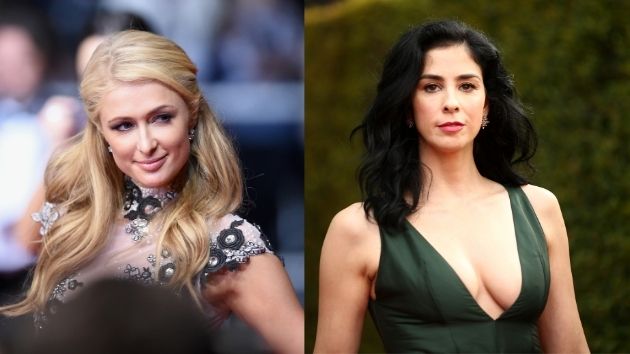 (LOS ANGELES) — The Framing Britney Spears documentary has people reexamining how the media treated female celebrities — especially Britney Spears and Paris Hilton, who were openly ridiculed by the press and their peers.

Hilton recently opened up on her This Is Paris podcast about one incident in particular that made her want “to die,” which was the 2007 MTV Movie Awards, which were hosted by comedian Sarah Silverman.

To backtrack, the award show happened when Hilton was sentenced to 45 days in jail for violating probation, of which Silverman dragged her over during the opening monologue.

On Thursday, Silverman agreed that what she did was wrong and apologized for what she put Hilton through.

“I do not apologize if I’m not sorry.  But I do apologize when I am sorry,” the 50-year-old opened on The Sarah Silverman Podcast.

Reflecting on what happened 14-years ago, the Wreck It Ralph star continued, “While I was thrilled at the success of my monologue, I remember spotting her in the audience.”

Silverman, who claims she didn’t know Paris was there, continued, “I remember seeing that look on her face and my heart sank. There was a person under there.”

“Here I am, 14 years later, telling you, Paris, that I am really sorry,” she said.”We can’t change the past. So what’s crucial is that we change with the times.”

Silverman added that she hopes Paris will “accept my apology” and “feel my remorse.”

Hilton has since reached out to Silverman to admit she was “shocked” by the “unexpected” apology, saying in a surprise This Is Paris episode Thursday, “I really just appreciate it so much.”

“I know where she’s coming from,” the heiress furthered. “I’m glad that her comedy has grown and she realizes that it’s not nice to make fun of people.”