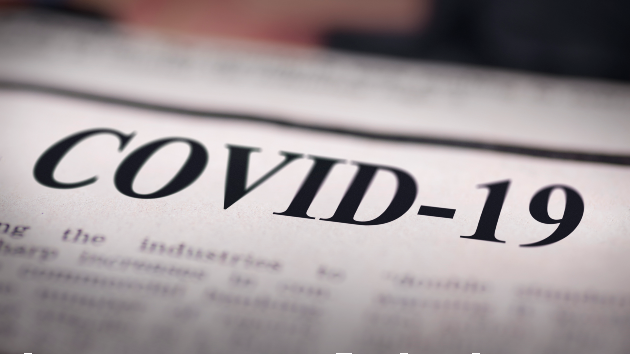 While the novel coronavirus had been in the country for at least a month, in March cases began to jump at alarming rates as did the hospitalizations and deaths. Former President Donald Trump and other federal leaders initially claimed that the virus would not be a major problem, but many changed their stance by the end of the month and the virus was declared a national emergency.

Still, relatively little was understood about the disease and politicians on both sides of the aisle as well as leading public health officials issued guidance, including about mask-wearing that is out of step with what we now know. In fact, masks were recommended and then required in some places, like New York, the next month.

One by one, states issued stay-at-home orders shutting down all non-essential businesses, travel and gatherings creating a ripple effect that crippled the American economy for months to come.

By March 31, there were 192,301 documented cases and the virus had killed 5,334, according to Johns Hopkins University’s Coronavirus Resource Center.

Here is a look back at the biggest moments of last March as the tragedy of the pandemic first gripped the U.S.:

-March 1: New York Gov. Andrew Cuomo announces the first COVID-19 case in the state — a woman who had traveled from Iran. Former Surgeon General Jerome Adams tweets that people should stop buying masks to prevent a shortage for health workers, adding “They are not effective in preventing general public from catching #Coronavirus.”

-March 2: Trump asks vaccine researchers to “accelerate” what they’re doing and suggests one could be developed “rapidly.”

-March 3: The U.S. Centers for Disease Control and Prevention (CDC) issues new guidance that allows anyone to be tested for the virus without restriction — not just those who traveled to an area that had an outbreak. There were just 60 cases in the U.S. at this point, according to a CDC briefing at the time.

-March 6: Ten states confirm their first cases. Adams tells Fox News the risk to the “average American…remains low” and that wearing a mask “may actually increase their risk of getting coronavirus” because of people touching their faces (Adams later clarified the position saying they learned more about asymptomatic transmission and the CDC in early April advised wearing non-medical masks).

-March 8: Dr. Anthony Fauci, the nation’s leading infectious disease expert, says that “people should not be walking around with masks” and that “wearing a mask might make people feel a little bit better and it might even block a droplet, but it’s not providing the perfect protection that people think that it is.”

-March 9: The spread of the virus and its effect on businesses results in the stock market plummeting 7.79%. An automatic circuit breaker safety mechanism is activated to stop stock prices from free falling.

-March 10: President Trump tells Americans the U.S. is doing a “great job” with the virus and “it will go away.” The surgeon general strikes a more pessimistic tone, telling ABC News’ Good Morning America the situation is “going to likely get worse before it gets better” and that most cases are coming from community spread, not travel. New York cancels its St. Patrick’s Day parade for the first time since its inception in 1762.

-March 11: WHO characterizes the coronavirus outbreak as a “pandemic,” marking the first pandemic caused by a coronavirus and Trump restricts travel from Europe for 30 days. The NBA suspends its season after Utah Jazz center Rudy Gobert tested positive before tipoff.

-March 13: President Trump declares a national emergency as the death toll increases, freeing up to $50 billion in funding and establishing private sector partnerships to increase testing capacity. Dr. Fauci suggests it could be “several weeks” before cases peak.

-March 16: New York City closes schools. The stock market begins the week with another devastating tumble and closes with a 12.93% drop. The College Board cancels May 2 SAT. President Trump urges people not to gather in groups of 10 or more and avoid eating and drinking in restaurants and bars among other new guidelines, suggesting that this “sacrifice” will help avoid putting the vulnerable in “harm’s way.”

-March 17: All 50 states report at least one coronavirus case. New York City and Los Angeles shut down movie theaters and Pfizer and BioNTech announce they will team up to develop a vaccine. Six counties in Northern California ordered to “shelter in place.”

-March 18: Macy’s and other major retailers temporarily close their stores.

-March 19: California Gov. Gavin Newsom becomes the first governor in the country to order a stay-at-home order for non-essential workers, saying the move was “necessary” and “open-ended.”

-March 24: Army hospital units are deployed to New York state to deal with declining hospital capacity. Army engineers start converting the Javits Center into a temporary field hospital able to house nearly 3,000 beds, making it one of the largest in the U.S.

-March 25: Congress strikes a deal and approves a $2 trillion stimulus deal that gives most adult Americans a $1,200 check. Trump suggests “large sections” of the country could get back to “normal” sooner than others.

-March 26: The U.S. surpasses China with the most confirmed coronavirus cases in the world, topping 82,000 cases.