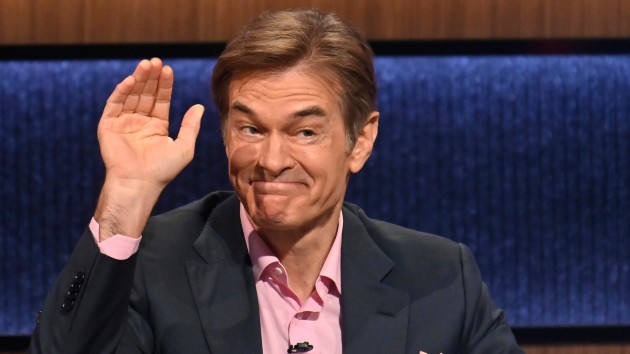 (NEW JERSEY) — Unlike the old saw, Dr. Oz doesn’t just “play one on TV” — and the TV host and real-life cardiothoracic surgeon proved that Monday night when he helped saved a man’s life.

“Last night, a man collapsed near me and my family after we arrived at Newark Airport,” Dr. Mehmet Oz noted in a statement. “I performed CPR with the help of a Newark Port Authority police officer and cleared the man’s airway.”

Dr. Oz added, “Thankfully, Newark Airport had a defibrillator nearby that we were able to use to save his life. As a physician and a human being, it’s our responsibility to jump in when there’s a medical emergency.”

And that he did.

ABC News reports the incident happened just after 11 p.m.; Port Authority Officer Jeffrey Croissant was on patrol when he witnessed a 60-year-old man fall to the floor of the baggage claim area of the airport’s Terminal C.

He called for backup, but before that, Dr. Oz, who witnessed the situation, ran to the stricken man’s side and with Officer Croissant started CPR.

The officer reportedly didn’t recognize the TV doctor because he was wearing a mask for COVID-19, ABC News has learned.

After “several” more rounds of CPR, the victim began breathing on his own, and was taken to the hospital for evaluation.

The author, physician, and TV personality said the incident is, “Another critical reminder of how important it is to take the time to learn how to do CPR and use a defibrillator. You could save a life.”