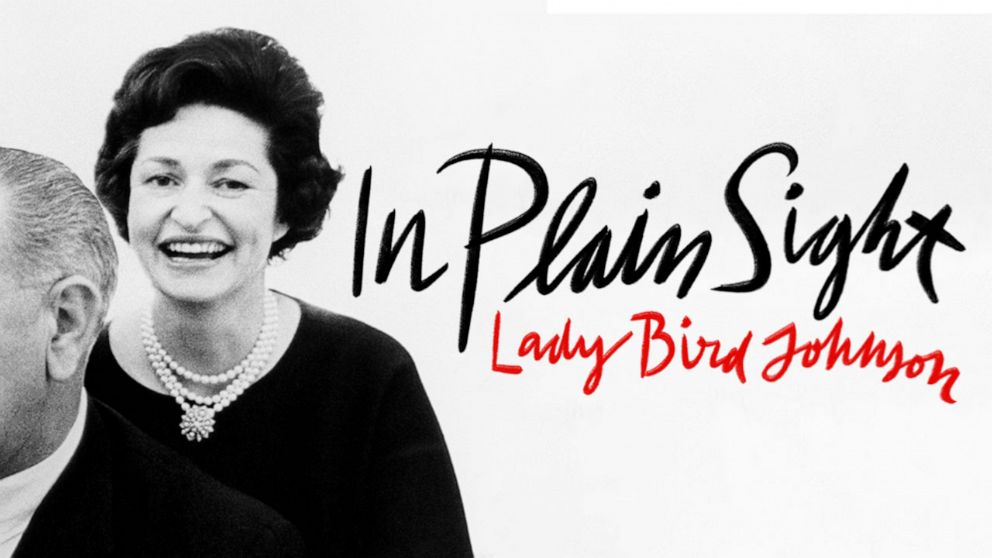 Drawn from over 123 hours of the former first lady’s mostly unheard daily audio diaries, the podcast presents a surprising and original portrait of Claudia Alta “Lady Bird” Johnson, told in her own words. The series provides stunning new revelations about Lyndon B. Johnson’s presidency and reveals Lady Bird as Johnson’s closest advisor and most indispensable political partner.

The series documents her front-row seat to some of the most notable events in U.S. history and decisions that shaped the nation forever, as well as her history-making encounters with John F. Kennedy, Jacqueline Kennedy, Bobby Kennedy, Richard Nixon, Eartha Kitt, Peter, Paul and Mary, politicians, civil rights activists, environmentalists and her surprising partnership with Washington’s first Mayor, Walter Washington.

Using a rich trove of rare footage from the era, “In Plain Sight” creates an immersive audio experience of a tumultuous moment in America and tells the story of how one vastly underestimated woman navigated the power, politics and polarization of her time to become arguably one of the most influential first ladies in history. The first two episodes of the eight-part series will debut on Monday, March 1.

Julia Sweig is an award-winning author, scholar and entrepreneur. Sweig’s writing has appeared in the New York Times, the Atlantic, the Washington Post, Foreign Affairs, the Nation, the National Interest and in Brazil’s Folha de São Paulo. She is a senior research fellow at the LBJ School of Public Affairs at the University of Texas-Austin and the creator, host and executive producer of the podcast “ In Plain Sight.” Her fourth book, Lady Bird Johnson: Hiding in Plain Sight comes out March 16, 2021 from Random House.