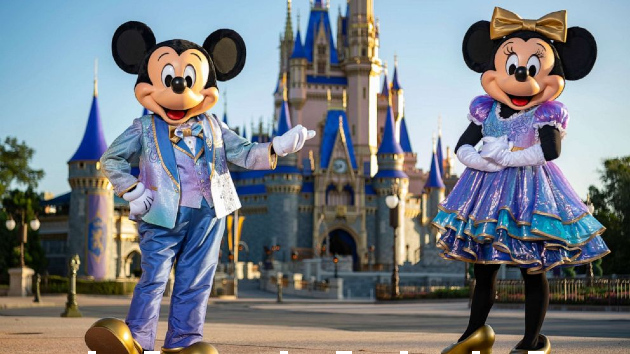 (NEW YORK) — Walt Disney World is preparing for its most magical celebration yet.

Disney cast members are celebrating the resort’s 50th anniversary with an 18-month-long event.

The parks’ most magical celebration on Earth will include the expansion of new entertainment activities and attractions, and to mark the festivities, Magic Kingdom’s iconic Cinderella Castle will be transformed with new sparkling embellishments.

In addition, icons in the four theme parks — Magic Kingdom, Animal Kingdom, Epcot and Hollywood Studios — will transform into Beacons of Magic, by coming to life with their own magical glow.

Mickey and Minnie will also don a new custom-made wardrobe.

The celebration will begin on Oct. 1.