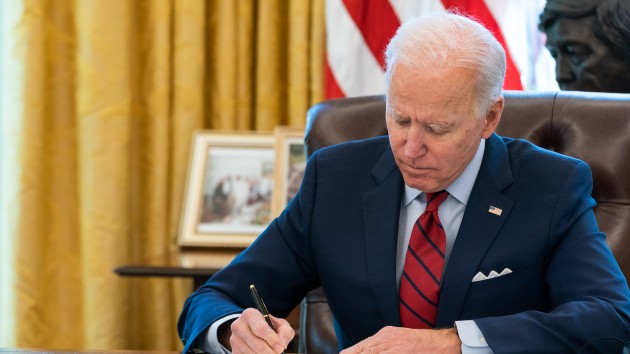 Here is how events are unfolding Thursday. All times Eastern:

Feb 18, 9:37 am
Federal offices in Washington closed for weather

The U.S. Office of Personnel Management announced that all federal offices in Washington, D.C. are closed Thursday because of extreme weather.

A briefing at the State Department scheduled for Thursday was cancelled and the press briefing with White House press secretary Jen Psaki will be by phone. Many other government operations will continue virtually.

Biden will receive his daily intelligence briefing and a COVID-19 response briefing today, both of which are closed to the press. This comes after the president’s trip to visit a Pfizer vaccine production plant in Michigan, originally scheduled for Thursday, was postponed until Friday. White House press secretary Jen Psaki will give a virtual briefing at 12:30 p.m.

On Capitol Hill, Democrats are planning to unveil an immigration reform bill, which will include immigration priorities Biden laid out on day one of his administration. The bill, which does not have bipartisan support, would establish a pathway to citizenship for undocumented immigrants in the U.S., provide more funding to alleviate the backlog of asylum cases and the border and include funding for border security.

However, it seems now the Democrats do not have the bipartisan support in Congress they’d need to pass the legislation, so questions remain if they will have to water down the bill, or pass it in many small parts. Setting aside these concerns, administration officials tell ABC News they are more concerned with getting the legislation introduced.

First responders talk about the often-hidden pain and trauma of working in a pandemic
Jordana Brewster offers advice to those who may find Mother’s Day difficult to celebrate
Happy #Halfway2Halloween! The Muppets’ 1st Halloween special coming to Disney+
Mads Mikkelsen says ‘Indiana Jones 5’ script “was everything I wished it to be”
Warren Buffett’s Berkshire Hathaway stock price is too high for Nasdaq to handle
“Mrs. C” from ‘Happy Days’ tops TV moms match-up