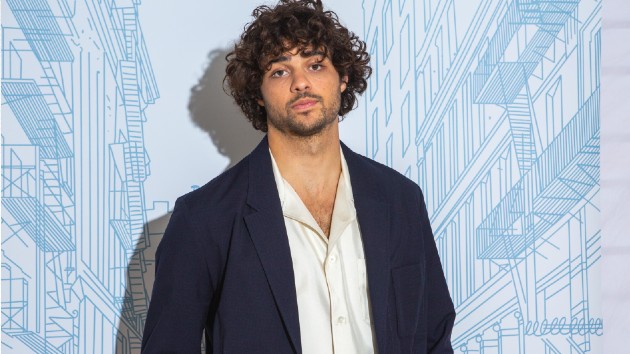 (LOS ANGELES) — Noah Centineo, one of the star of Netflix’s teen movie series To All the Boys I’ve Loved Before, says he’s through playing teenagers.

The 24-year-old actor made the revelation during an appearance on Tuesday’s installment of Stir Crazy with Josh Horowitz.

During a round of “Would You Rather,” Noah was asked if he would rather play teenagers for the rest of his career or only play 80-year-olds.  He quickly answered “80-year-olds,” explaining, “All I’ve done for the last 15 years is teenagers.”

Centineo, who teams up with Dwayne “The Rock” Johnson in the superhero film Black Adam, discussed his co-star during the interview.

“I call him my homie,” Noah joked. “I met him once, via Zoom, and I told him that I was coming for his squat game and I mean it.  I’m gonna put him to shame, alright?  You don’t see how much weight he’s squatting in his videos and that’s because he’s afraid.”

Centineo will play play Atom Smasher, a character in the DC Universe that has the ability to control his molecular structure and manipulate his size at will.