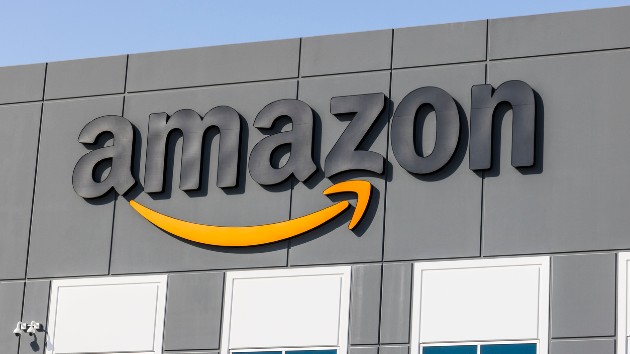 (NEW YORK) — New York State Attorney General Letitia James filed suit against Amazon on Tuesday evening, alleging that the global technology giant “has repeatedly and persistently failed” to adequately protect its workers in two New York City facilities amid the coronavirus pandemic and has even retaliated against those who voiced concerns.

“Amazon’s flagrant disregard for health and safety requirements has threatened serious illness and grave harm to the thousands of workers in these facilities and poses a continued substantial and specific danger to the public health,” James said in the 31-page complaint, filed in the New York Supreme Court. “Amazon’s actions against these visible critics who advocated for Amazon to fully comply with legal health requirements sent a chilling message to other Amazon employees.”

The lawsuit argued that Amazon’s actions are in violation of New York labor, whistleblower protection and anti-retaliation laws, and that the Seattle-based company should be required to take all affirmative steps — including changing policies, conducting training and undergoing monitoring, among others — to ensure the lives, health and safety of its employees are reasonably and adequately protected.

When asked for comment, Amazon spokesperson Kelly Nantel told ABC News in a statement Wednesday: “We care deeply about the health and safety of our employees, as demonstrated in our filing last week, and we don’t believe the Attorney General’s filing presents an accurate picture of Amazon’s industry-leading response to the pandemic.”

Last week, Amazon preemptively sued the New York state attorney general in Brooklyn federal court in a bid to stop her from bringing the charges, arguing that James is overstepping her authority in seeking to penalize the company for alleged failures in its COVID-19 protocols and its treatment of New York City employees.

The New York state attorney general said she began investigating Amazon in late March 2020, when she received several complaints from current and former employees who “alleged serious health and safety concerns in relation to COVID-19, as well as unlawful retaliation for raising health and safety concerns to Amazon.” The investigation focused on the company’s fulfilment center on Staten Island, called JFK8, and its delivery station in the borough of Queens, known as DBK1. The more than 5,000 employees at JFK8 and the “several hundred” at DBK1 were deemed “essential workers” during the pandemic, and a vast majority were required to work on-site, according to the complaint.

James found that, since at least March 2020 when the novel coronavirus began to ravage New York City, Amazon allegedly “failed to comply with requirements for cleaning and disinfection when infected workers had been present in its facilities,” that the company allegedly “failed to adequately identify and notify potential contacts of such infected workers,” and that the company allegedly “failed to ensure that its discipline and productivity policies, and productivity rates automated by line-speeds, permitted its employees to take the time necessary to engage in hygiene, sanitation, social-distancing, and necessary cleaning practices,” according to the complaint.

In the complaint filed last week, Amazon said its efforts “far exceed what is required under the law” and that multiple inspections of JFK8 — the first unannounced — by the New York City Sheriff’s Office in March and April 2020 found the facility “appeared to go above and beyond the current compliance requirements.”

When employees began to object to the company’s practices and to make complaints to management, government agencies and the media, the New York state attorney general’s complaint alleged that “Amazon took swift retaliatory action to silence workers’ complaints.”

In or around late March 2020, two JFK8 employees — Christian Smalls and Derrick Palmer — raised concerns about Amazon’s response to the pandemic to multiple managers at the facility. Both Smalls and Palmer also made public complaints about Amazon’s health practices through the media and made complaints to at least one government agency, according to the complaint.

On March 26, 2020, both Smalls and Palmer informed representatives at Amazon’s human resources department that they had been in close contact with an employee who had just tested positive for COVID-19. The representatives did not ask further questions or advise them to quarantine but said that the company would be reviewing surveillance footage to determine if they met the standards for quarantine, according to the complaint.

Before receiving confirmation that the company’s contact tracing process had identified Smalls as a close contact of the infected worker, a manager and a supervisor at Amazon’s human resources department “were already discussing ‘perceived retaliation’ of Smalls during the afternoon of March 27,” the New York state attorney general alleged in the complaint. The pair allegedly anticipated that Amazon would issue Smalls a directive to quarantine and that he would violate it by attending a planned protest at JFK8, according to the complaint.

On the morning of March 28, 2020, Amazon informed Smalls that the company was placing him on a mandatory quarantine, allegedly without providing details of what that directive entailed, according to the complaint. Two days later, Smalls and Palmer partook in a protest outside JFK8 to call further attention to their health and safety concerns. Smalls, who had been employed by Amazon since November 2015 and had a history of good work performance, was fired that evening for violating the quarantine order and for violating Amazon’s social distancing requirements by his conduct during the protest, according to the complaint.

Palmer, who had been employed by Amazon since July 2015 and also had a history of good work performance, was issued a final written warning on April 10, 2020, for violating JFK8’s social distancing policy, referencing violations on March 25, 26 and 27 of that year, according to the complaint.

“But Smalls and Palmer are not the only Amazon workers harmed by Amazon’s unlawful retaliatory actions,” James said in the complaint. “Amazon’s actions wrought a devastating chilling impact on other Amazon employees as well. Following Amazon’s discharge of Smalls and issuance of a final written warning to Palmer, Amazon employees reasonably fear that if they make legitimate health and safety complaints about Amazon’s COVID-19 response, Amazon will retaliate against them as well.”

In the complaint filed last week, Amazon argued it “necessarily took these actions because Mr. Smalls and Mr. Palmer deliberately violated Amazon’s health and safety rules and directives and knowingly placed themselves and their co-workers at risk.”

The New York state attorney general’s complaint notes that Amazon earned more than $160 billion in profits from its online sales over the course of the coronavirus pandemic, representing approximately 44% year-to-year growth from pre-pandemic times.

“On information and belief, this increased sales volume amounts to approximately $28.5 million in additional profits from JFK8 and DBK1 alone during the pandemic,” James said in the complaint. “Amazon’s extreme profits and exponential growth rate came at the expense of the lives, health, and safety of its frontline workers.”

The lawsuit argued that Amazon should be required to give up the profits it made as a result of its alleged illegal acts.

“While Amazon and its CEO made billions during this crisis, hardworking employees were forced to endure unsafe conditions and were retaliated against for rightfully voicing these concerns,” James said in a statement Wednesday. “Since the pandemic began, it is clear that Amazon has valued profit over people and has failed to ensure the health and safety of its workers. The workers who have powered this country and kept it going during the pandemic are the very workers who continue to be treated the worst. As we seek to hold Amazon accountable for its actions, my office remains dedicated to protecting New York workers from exploitation and unfair treatment in all forms.”