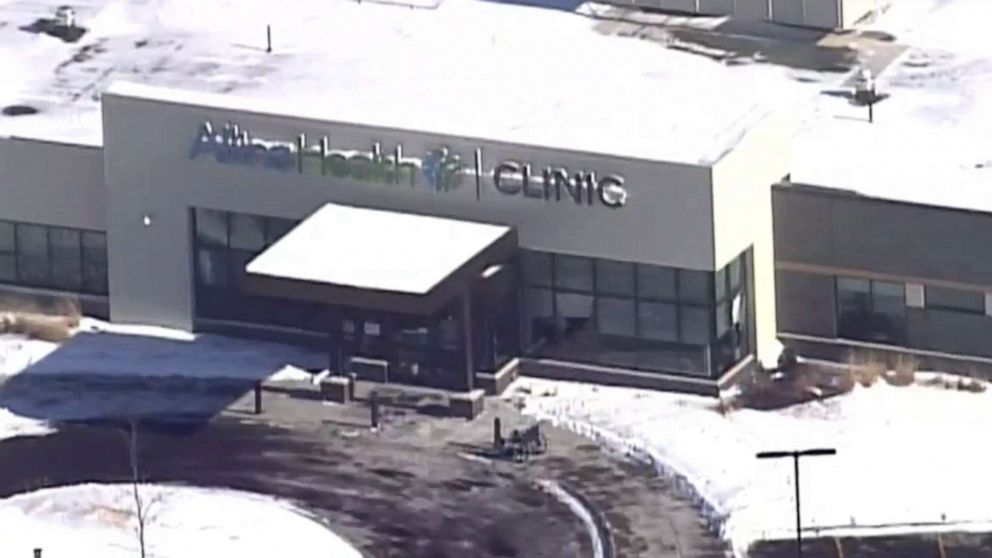 (BUFFALO, Minn.) — Five people are hurt and a suspect is in custody after a shooting at the Allina Health Clinic Crossroads campus in Buffalo, Minnesota, on Tuesday, the Buffalo police said.

Law enforcement is “very familiar with the suspect,” identified as 67-year-old Greg Ulrich of Buffalo, said Buffalo Police Chief Pat Budke and Wright County Sheriff Sean Deringer. Authorities believe this was a targeted incident and that he acted alone, Budke and Deringer said.

Five patients were transported from the clinic to local hospitals after the shooting, which was reported at 10:54 a.m., said Kelly Spratt, president of Buffalo Hospital. Their conditions were not released.

Former NBA champion Ben Wallace to be inducted in 2021 Basketball Hall of Fame
Toddler found dead on Dallas residential street in apparent murder
North Carolina teen athlete speaks out after being forced to cut hair
Police banned from participating in NYC Pride events and march through 2025
After Duane Wright shooting, city council to vote on police changes
Biden meets with ‘Dreamers’ in the White House to push pathway to citizenship