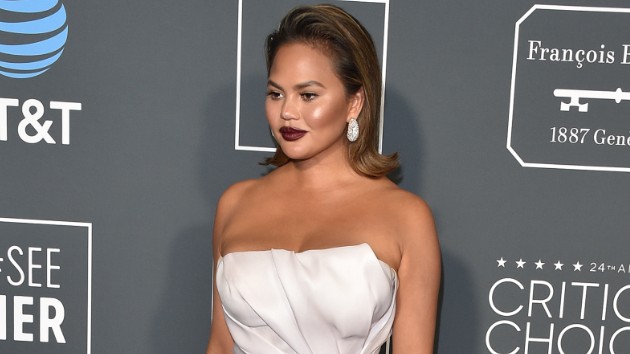 (LOS ANGELES) — Chrissy Teigen is reflecting on the loss of her unborn son, Jack, whom she would have given birth to this week, ahead of undergoing surgery for endometriosis.

Teigen took to Twitter on Wednesday to tell her followers that her “little jack” would have been born this week. Given the timing, the 35-year-old said she is understandably “a bit off.”

“I truly feel kicks in my belly, but it’s not phantom,” the Cravings author continued. “I have surgery for endometriosis tomorrow … but the period feeling this month is exactly like baby kicks.”

Endometriosis, a medical condition where tissue similar to that which normally lines the inside of the uterus grows outside of the uterus, may affect more than 11 percent of American women between the ages of 15 and 44, according to the U.S. Department of Health and Human Services Office on Women’s Health.

In another tweet, the Lip Sync Battle host shared a video of her belly and it appearing to react as if a baby were kicking inside the womb.

Teigen first revealed she was pregnant with her third child with husband John Legend in August via a music video for Legend’s song “Wild.”

In September, Teigen suffered a pregnancy loss after being admitted to the hospital due to “excessive bleeding.” Prior to her hospitalization, she had been on weeks of bed rest.

In October, the model opened up about losing Jack in an emotional personal essay.

Teigen and John Legend, who have been married since 2013, have two children: daughter Luna, 4, and son Miles, 2.