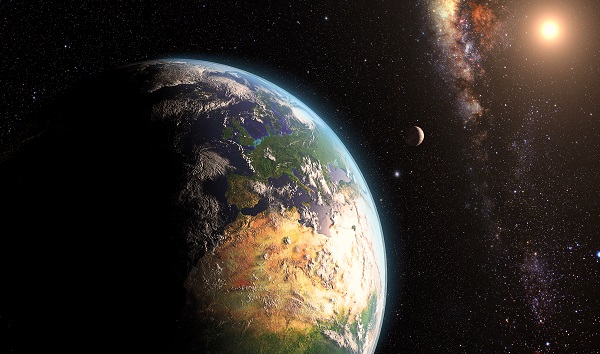 (NEW YORK) — SpaceX announced Monday it will launch the first mission to space with an all-civilian crew, and members of the public have been invited to enter a drawing for one of the seats on the spacecraft.

The four-person mission will be commanded by Jared Isaacman, a tech entrepreneur and pilot on the side. Isaacman is the founder and CEO of Shift4 Payments, a payment processing firm, and will be bankrolling the mission that has been named “Inspiration4.”

Isaacman donated two seats to St. Jude Children’s Research Hospital, one of which will be taken up by a worker from the nonprofit hospital. The other seat will be given to a member of the public who enters a raffle online. While no donation is necessary to enter the drawing, people are encouraged to donate to St. Jude’s and can earn more entries by doing so.

To kick off the donations, Isaacman committed an initial gift of $100 million.

The fourth seat will go to an entrepreneur who uses Isaacman’s Shift4Shop eCommerce platform and submits a video showcasing their business and how they used the technology. This winner will be selected by an independent panel of judges.

“Inspiration4 is the realization of a lifelong dream and a step towards a future in which anyone can venture out and explore the stars,” Isaacman said in a statement. “I appreciate the tremendous responsibility that comes with commanding this mission, and I want to use this historic moment to inspire humanity while helping to tackle childhood cancer here on Earth.”

The crew will undergo astronaut training conducted by SpaceX, and the launch is currently scheduled for “no earlier than the fourth quarter of this year,” according to a statement on SpaceX’s website.

The mission will use a SpaceX Falcon 9 rocket and its Dragon spacecraft and will launch from NASA’s Kennedy Space Center in Florida. It will be a “multi-day journey,” SpaceX stated, “orbiting Earth every 90 minutes along a customized flight path” and “will be carefully monitored at every step by SpaceX mission control.”

At its conclusion, the Dragon spacecraft will splash down in a soft water landing off the coast of Florida.

A 30-second ad for the mission is slated to run during the Super Bowl this year to introduce it to the public.

“Today’s announcement is the first step of a very exciting journey,” Isaacman said. “In the lead-up to launch, we’ll share new ways to support and follow our mission preparation and execution with a focus on inspiring and helping others.”

While it once took the backing of entire nations to get to space, the landscape has notably evolved in recent years to become the arena of billionaires with the rise of private firms such as Elon Musk’s SpaceX, Jeff Bezos’ Blue Origin, and Richard Branson’s Virgin Galactic.

Last year, SpaceX made history by becoming the first private firm to launch NASA astronauts into space — a feat it completed twice in 2020.