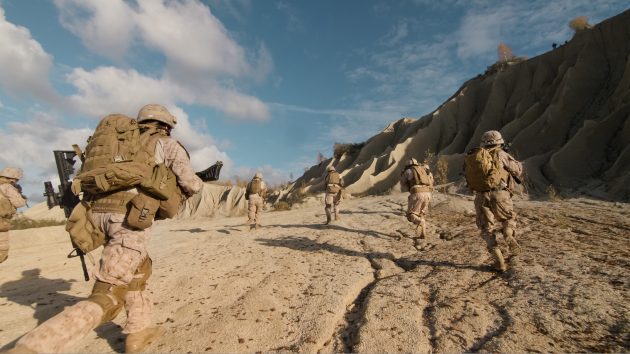 (WASHINGTON) — Amid a surge in high-profile assassinations and violent attacks, the Biden administration is indicating it will keep U.S. troops in Afghanistan past a May withdrawal deadline laid out in the U.S. deal with the Taliban.

President Joe Biden has talked about keeping U.S. forces for counter terrorism or to defend the U.S.-backed Afghan government against a rise in Taliban attacks, but it’s unclear under what conditions, to what end and for how long after America’s nearly 20 years of war.

U.S. troops are at their lowest level in Afghanistan now, which the Pentagon said in a new report Monday has imposed “limitations” on completing its mission.

The Taliban, while engaged in intermittent talks with the Afghan government, have also sustained high levels of deadly attacks and refused to agree to a ceasefire — even as the country reels from the coronavirus pandemic and an ensuing economic crisis, with poverty and unemployment rates sharply up.

That violence breaks the spirit of the U.S.-Taliban agreement signed by former President Donald Trump’s administration nearly one year ago, which called for the militant group to work towards a ceasefire with the Afghan government and engage in meaningful talks about the way forward.

The deal also laid out a timeline for U.S. troop withdrawal that had a full exit by May 2021 if the Taliban met those commitments, as well as a promise to break ties with terror groups like al-Qaida — whose base in Afghanistan was used to help launch the Sept. 11th attacks.

“The Taliban have not met their commitments. As you know, there is a looming deadline of early May … but without them meeting their commitments to renounce terrorism and to stop the violent attacks on the Afghan National Security Forces and, by dint of that, the Afghan people, it’s very hard to see a specific way forward for the negotiated settlement,” Pentagon spokesperson John Kirby said Thursday.

“There has been no cease-fire agreement and high levels of insurgent and extremist violence continued in Afghanistan this quarter despite repeated pleas from senior U.S. and international officials to reduce violence in an effort to advance the peace process,” John Sopko, the longtime special inspector general, wrote in the report’s introduction. “Nor is it evident, as SIGAR discusses in this report, that the Taliban has broken ties with the al-Qaeda terrorists who orchestrated the 9/11 attacks on the United States.”

While the Biden team seems to want to use U.S. troops as leverage to secure an agreement between the Taliban and the Afghan government, the militant group has warned that the U.S. must meet its commitment to exit the country. The Taliban’s deputy negotiator threatened insurgents would resume attacks on U.S. service members if not.

“In the history of Afghanistan, no one ever gave a safe passage to foreign invading troops, so this is a good chance for the Americans that we are giving them safe passage to go out according to this treaty. We hope that when they are reviewing it, they will come to the same positive (conclusion),” Sher Mohammad Abbas Stanikzai told reporters in Moscow where the Taliban were meeting Russian officials, according to Voice of America.

While Biden has talked about some U.S. troops remaining for counter terrorism, that would violate the deal from the Taliban’s perspective.

It’s also unclear whether several hundred U.S. troops could sustain that mission. According to the SIGAR report, after Trump ordered U.S. forces down to 2,500 in November, military commanders told the inspector general’s office that they had difficulty conducting the United States’ twin missions: counter terrorism and the training and advising of Afghan security forces.

The Pentagon “acknowledges that the latest force level introduces some limitations on force capacity and on the train, advise, and assist mission,” SIGAR reported, although U.S. Forces in Afghanistan “insists this quarter that its ability to execute … has thus far ‘not been adversely affected by the reduction of force levels."”

But to Afghan security forces and their political leadership, those reductions have had an impact, and while they “respect” whatever decision Biden will make, according to Vice President Amrullah Saleh, they believe “the mission is not accomplished” yet.

“If they withdraw prematurely, they can put any title on their withdrawal and exit, but there is also a title that the terror groups will put on their withdrawal: Defeat, surrender and escape,” Saleh told the BBC earlier this month, accusing the Trump administration of “taking it easy” on and giving “massive concessions” to the Taliban.

Delegations from the Afghan government and the Taliban met in September, six months after they were scheduled to start peace negotiations. After decades of bitter fighting, the two sides reached an agreement on the rules governing talks in December, but have yet to finalize an agenda, let alone a path forward on political settlement.

In addition to 2,500 U.S. troops, U.S. allies have approximately 8,000 service members in the country under NATO command. Regarding whether the alliance would keep those troops in Afghanistan beyond the May deadline, NATO spokesperson Oana Lungescu told ABC News, “No decision has been made. … No NATO ally wants to stay in Afghanistan longer than necessary, but we have been clear that our presence remains conditions-based. Allies continue to assess the overall situation, and to consult on the way forward.”

Amid Biden’s review, there’s also growing pressure on the administration to not withdraw U.S. forces without first securing the release of American Mark Frerichs, who went missing one year ago in Afghanistan and is believed to be held hostage by a Taliban-affiliated group.

“As questions linger regarding the future of American forces in Afghanistan after the previous administration’s hasty and reckless drawdowns, we are increasingly concerned that we may be losing our leverage to ensure American hostages in Afghanistan and Pakistan, including Mark Frerichs, are safely returned home to their families,” Frerichs’ two home-state senators, Tammy Duckworth and Dick Durbin of Illinois, wrote to Biden on Sunday to mark the one-year anniversary of his disappearance.

“We urge you to examine this case and ensure that the release of Mark Frerichs and other American hostages be prioritized in future negotiations with the Taliban and that any further troop reductions be conditioned upon their safe return,” the Democratic senators added.

The Taliban have denied that they or their partners kidnapped the 58-year old civil engineer and Navy veteran, but Frerichs is believed to be held hostage by its partner, the Haqqani Network.

“We know the Biden Administration is re-evaluating the U.S. role in Afghanistan and the peace accord that was agreed to last February and hope they will view Mark’s release as an important step that needs to happen before anything else,” his sister Charlene Cakora said in a statement Wednesday. “We want Mark home safely.”