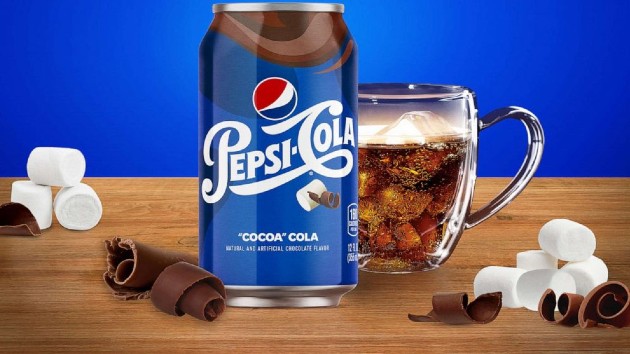 (NEW YORK) — Hot cocoa is equal parts comforting and nostalgic so Pepsi concocted a new flavor to capitalize on the cozy, winter drink.

Pepsi announced the arrival of “Cocoa” cola on Thursday, just in time for National Hot Chocolate Day on Sunday.

The brand labeled it a “cool, refreshing take on a winter classic” and said it will open tasting opportunities for fans who unlock the offer by engaging on social media.

On Sunday, Pepsi said it will invite consumers to Tweet a photo of themselves @Pepsi drinking a hot cocoa for the chance to taste the new Pepsi “Cocoa” Cola.

While the brand has not yet planned to bring this product to market, a spokesman told ABC News’ Good Morning America that they are open to larger scale production if there is customer demand.

Last month, when Pepsi first challenged fans on Twitter to unlock the new cocoa-inspired innovation by retweeting their post 2,021 times, the post received over 6,000 retweets in hours so the test kitchen team whipped up the crisp chocolate-and-marshmallow-flavored beverage.

The new blend tastes like milk chocolate, with vanilla undertones that adds a creamy taste to each sip.

“It’s perfect to enjoy while cozy on the couch or any time you’re looking for a delicious treat to sweeten up these winter days,” the company said.