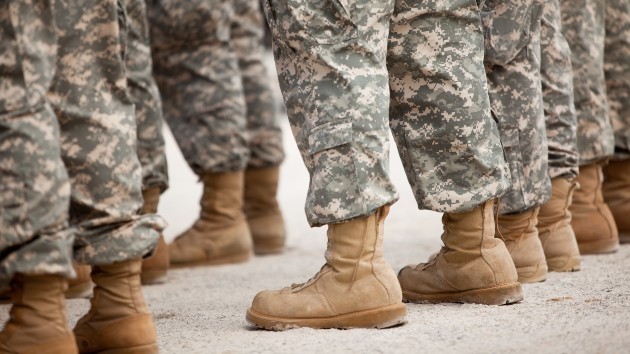 (NEW YORK) — A Texas Army base and law enforcement authorities are investigating after 11 soldiers became sick after ingesting an unauthorized substance during a training exercise at Fort Bliss on Thursday.

The Fort Bliss’ 1st Armored Division initially said the soldiers became sick after ingesting an “unknown substance,” according to a statement released Thursday. On Friday, officials described the substance as “acquired outside of authorized food supply distribution channels,” though did not identify it further.

Those harmed include one warrant officer, two noncommissioned officers and eight enlisted members, officials said. All have been under observation at William Beaumont Army Medical Center since Thursday afternoon.

Officials at the military base, in cooperation with law enforcement officials, are continuing to investigate the incident, the updated release said. There is no threat to the public, officials said.

The 1st Armored Division — also known as “Old Ironsides”– is a renowned armored division, consisting of approximately 17,000 highly trained soldiers, according to the Army’s website.