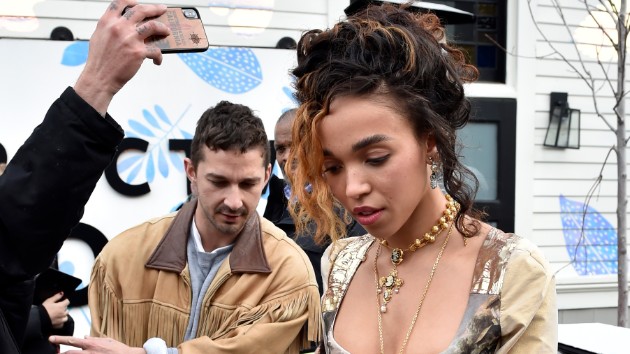 (LOS ANGELES) — Singer FKA twigs is opening up more about her accusations against ex-boyfriend Shia LaBeouf, whom she left in 2019.

Speaking Monday on the Grounded with Louis Theroux podcast, the 33-year-old artist claimed she suffers from post traumatic stress disorder (PTSD) and panic attacks because of her past relationship.

The two met in 2018 and, after an “intense” honeymoon phase, LaBeouf became increasingly “jealous and controlling.”

The singer said LaBeouf became outraged if he caught her “being nice to a waiter or being polite to somebody,” which resulted in him forbidding her to “look men in the eye.”

“He would wake me up in the night to accuse me of all sorts of things,” She described. “Accuse me of staring at the ceiling and thinking about ways to leave him [or] accusing me of wanting to be with somebody else.”

Barnett said he also began counting the number of times she’d kiss him, but if she didn’t meet his unspoken daily quota, “he would start an argument with me, berate me for hours, make me feel like the worst person ever.”

She credits an abuse helpline for giving her a “massive wake-up call” to end their relationship.

“I was left with PTSD from that, which again is just something that I don’t think we really talk about as a society just in terms of the healing when leaving, and how much work that has to be done to recover, to get back to the person that you were before,” said Barnett. “I had all this work to do to get back to just feeling okay.”