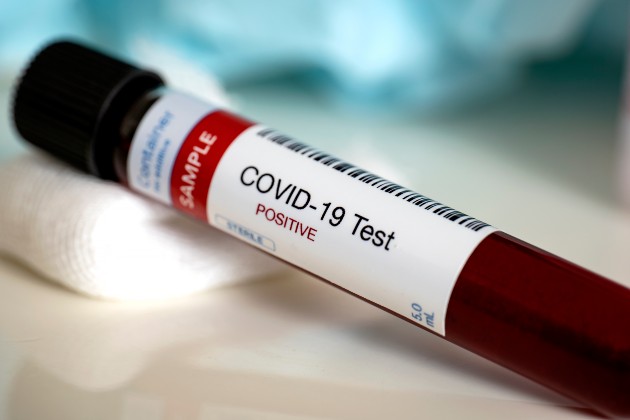 (NEW YORK) — A pandemic of the novel coronavirus has now infected more than 99.2 million people worldwide and killed over 2.1 million of them, according to real-time data compiled by the Center for Systems Science and Engineering at Johns Hopkins University.

Latest headlines:
-First case of Brazil variant detected in US
-Most Americans won’t be able to get vaccinated by April, May: Biden vaccine adviser
-Moderna says its COVID-19 vaccine is expected to protect against new variants
-Fauci says he believes UK variant is indeed more virulent
-Biden to impose South Africa travel ban and reinstate restrictions on Brazil, much of Europe
-Fauci describes what it was like working with Trump

Jan 25, 8:02 pm
Hospitalizations decreasing across US

U.S. COVID-19 hospitalizations continue to show a downward trend, according to the COVID Tracking Project.

There are 109,936 people hospitalized with the virus, according to the tracking project.

Forty-five states saw their seven-day average for hospitalizations drop by at least 10%, according to the health data.

Dr. Anthony Fauci spoke about the latest updates on vaccine rollout during an interview on ABC News Live.

Fauci said that he believes the vaccine will be available to everyone beginning in April, but it won’t be until the fall that everyone has actually gotten their shot in the arm.

“It will take several months-May, June, July, August- before you really get what I would consider the herd immunity level, which is an estimate, but I think it’s a reasonable estimate, namely getting 70 to 85% of the population vaccinated,” Fauci told ABC News Live.

Fauci said that the timeline is not considering a future approval of coronavirus vaccines developed by Johnson & Johnson and AstraZeneca.

“I think if the J&J or the [AstraZeneca] product comes through with an efficacy that’s good enough to be able to be in the mix, that will be very helpful to get things done even sooner than we thought,” he said.

Fauci also opened up about an incident where he was exposed to a powdery substance that was in his mail last year. The powder was later deemed benign, but only after his security detail but on hazmat suits and sprayed him down.

“It frightened the heck out of my children when they found out about it and my wife too,” Fauci said. “I mean, I’ve decided I’m doing something that might be dangerous but that’s it, I chose it. My children did not choose that.”

Federal Emergency Management Agency announced Monday it would be taking a much bigger role in vaccine rollout going forward.

FEMA will also set up federally administered vaccination centers. More details on the centers will be made available in the coming weeks, the agency said.

The agency also announced it would refund the money states spent to use their National Guard troops to respond to the pandemic.

Health officials in Minnesota announced Monday they have recorded the first instance of the Brazilian coronavirus variant in the U.S.

The patient, who lives in the Twin Cities metro area, had traveled to Brazil before becoming ill during the first week of January, according to the Minnesota Department of Health. The specimen was collected Jan. 9.

“With the new lab information showing the case to be the Brazil P.1 variant, MDH epidemiologists are re-interviewing the person to obtain more details about the illness, travel and contacts,” the health department said in a statement.

Officials warned that “while this variant is thought to be more transmissible than the initial 9 strain of the virus that causes COVID-19 disease, it is not yet known whether the variant causes more severe illness.”

Tiger on loose in Houston for nearly a week moved to animal sanctuary
Tiger seen in Houston neighborhood found after week of searching, legal wrangling
Man arrested for alleged sexual assault of Asian woman, suspected of other attacks
Slugger Albert Pujols signs with Dodgers for the remainder of the season: Report
Former NBA champion Ben Wallace to be inducted in 2021 Basketball Hall of Fame
Toddler found dead on Dallas residential street in apparent murder