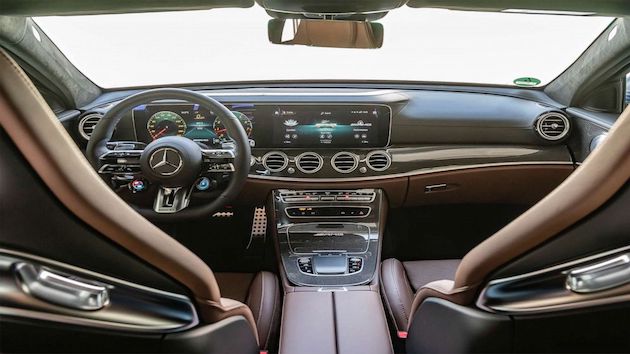 (NEW YORK) — Audi’s RS 6 Avant station wagon has all the luxury trappings and space of any sport utility vehicle on the market. Fill it up with kids, pets, sporting gear, beach chairs, groceries, you name it, there’s room.

Stomp on the throttle, however, and brace for liftoff, engine screaming, 22-inch wheels spinning, as you sprint from 0 to 60 mph in 3.5 seconds.

This is no ordinary wagon nor the one your parents drove in the 1970s and 1980s (you know, the “lumbering family hauler” that was likely decked out in fake wood and vinyl applique).

Automakers are reinventing wagons behind the scenes, making them stylish, trendy and ridiculously fast even as they crank out SUVs at a dizzying pace. Wagons may never sell outsell SUVs but an increasing number of consumers are choosing them for their cargo space, good looks, driving responses and anti-SUV ‘tude.

The RS 6 rivals nearly any supercar and it delivers more joy and driving pleasure than the majority of sports cars Americans buy, enthusiasts declare. With a top speed of 190 mph and a twin-turbo V8 powerplant that produces 591 hp and 590 lb.-ft of torque, the RS 6 can rightfully crow about its performance stats, handling and versatility. Owners can also analyze and record their lap times (err, road times), tire pressure and brake temperatures with Audi’s virtual cockpit. Carbon ceramic brakes, a sport exhaust and black optic accents on the grille and side blades give the RS 6 a menacing, macho vibe too.

“Part of the allure of driving this sleeper wagon is that you press a button and it turns into a high performance race car,” Anthony Foulk, product manager for the RS 6, told ABC News. “You can see how many G’s you pulled.”

Audi’s first foray into high performance wagons started in 1994 with the RS 2 Avant. The RS 6 made its grand U.S. entrance last year and 455 units were sold from September to December. Some customers even pre-ordered theirs eight months before the wagon officially went on sale.

“Wagons really stand out,” Foulk said. “There is definitely a following. People who buy these don’t want something that looks like everything else on the road.”

Audi’s main competitor is the Mercedes AMG E63 S wagon, a 603 hp ferocious beast that boasts a 0-60 time of 3.4 seconds, a smidgen quicker than the RS 6 (for those keeping tabs). Unlike Audi, Mercedes encourages its E63 owners to show off what a five passenger vehicle is capable of on a track, especially one built with a twin-turbo V8 engine mated to a nine-speed automatic transmission.

“Every year we sell a few hundred E63 S wagons in the U.S.,” Brian Cotter, AMG product manager at Mercedes-Benz USA, told ABC News. “The customer is very loyal. It’s not a car for everyone but these E63 buyers know exactly what they want.”

Mercedes has sold wagons in the U.S. for more than four decades. Its first AMG version — the E55 — did not arrive until model year 2005 (the wagon got a new name, the E63, and larger engine in 2007). The latest iteration of the E63 S comes with aerodynamically optimized 20-inch light-alloy wheels, a reshaped, aggressive grille and front bumper and completely redesigned headlights. The whole suspension was also reworked to give owners a smoother, more comfortable ride, even when they’re hurling it around serpentine roads and fast curves. Demand for E63s is particularly high in California and New England, according to Cotter, who lamented that so few wagons are available in the U.S.

“A revival would be exciting,” he said. “Performance and dynamics are not sacrificed in wagons even with the utility.”

Wagons accounted for 0.15% of U.S. vehicle sales in 2020, according to automotive site Edmunds. Electric vehicles, which are also struggling to catch on with consumers, did slightly better at 1.6%.

“Right now the wagons on the market are truly meant to appeal to die-hard enthusiasts,” Ivan Drury, senior manager of insights at Edmunds, told ABC News. “If they become fashionable or less expensive, young people will buy them.”

The three automakers behind wagons — Audi, Mercedes and Volvo — are all luxury marques, Joe Brown, group editorial director at Hearst Autos, pointed out.

“A lot of rich people buy wagons. They’re the rich person car,” he said. “The customer who buys the E63 S is even richer than the [Mercedes] G-wagen customer.”

Carroll, though, sees many advantages of owning a wagon: Better fuel economy, improved safety since they sit lower to the ground and stellar styling versus an SUV.

“Wagon fans are begging, ‘Please help us make a market for this,"” he said with a laugh. “Wagons are different — they’re an expressed a kind of connoisseurship. They play an outsized role in the minds of enthusiasts.”

American families happily drove wagons in the 1960s, 70s and 80s. Elegant, functional and easily identifiable with a sleek, long hood, wagons were the premier mode of transportation — until automakers unveiled their latest conveyance.

“Wagons fell off the wagon when minivans became the more practical solution,” Eric Minoff, a specialist in the motoring department at Bonhams, told ABC News. “They were maligned as a ‘mom car’ which has never been a super popular aspirational vehicle.”

Minivans ultimately got the same treatment as wagons, shunned by motorists who sought a “tough brawny look” and higher viewpoint in SUVs, Minoff noted.

“When people’s opinions on SUVs change, wagons may come back,” Minoff said. “Right now it’s a narrow but very ravenous market. Wagons are a wink and nod thing. You can slip around the radar and drive it around and enjoy it. Other fellow lunatics will appreciate and love what it is.”

Brown argues that crossovers, the smaller cousins of SUVs, are actually “wagons in disguise.”

“They’re vehicles built on a sedan platform — a lot like a wagon but jacked up,” he said.

The RS 6 Avant and E63 S are not the only options available for consumers interested in wagon culture. Audi also makes the A4 allroad ($44,600) and A6 allroad ($65,900), the latter of which is geared for the outdoorsy, rugged types. Mercedes’ E450 All-Terrain wagon ($67,600) may not be blisteringly fast but drivers will still be pleased with the output from the turbocharged 3.0-liter inline-six engine.

Subaru denies that its celebrated Outback SUV is, well, a wagon, though any consumer or enthusiast would disagree. The company does build one wagon, the chiseled Levorg. It’s just not sold in the U.S.

Some of the best-known and lauded wagons of all-time come from Sweden. Volvo’s wagon heritage dates back to 1953 with the release of the Duett, the first Volvo wagon and the foundation for future models. The company currently offers five wagons, including the plug-in hybrid $67,300 V60 Recharge, a “halo car” that produces 415 hp and 494 lb.-ft of torque (0-60 time is an impressive 4.3 seconds).

Wagons represent 6.5% of Volvo’s business and the best-selling version is the $45,450 V60 Cross Country.

“The Cross Country was about keeping the utility of wagon and adding the capability of an SUV in a low silhouette. That proved remarkably successful for us,” Frank Vacca, head of product planning at Volvo, told ABC News.

In 2001, Volvo delivered 42,000 wagons to U.S. customers, the most the company has ever sold. Last year Volvo moved nearly 6,200 wagons, up from 4,200 in 2019. Vacca, who admittedly has a “soft spot” for wagons, said consumers will decide the longevity of wagons with their pocketbooks. In the meantime, “we’re happy to sell them,” he said.

Stefan Chodkowski loved his father’s sporty, maroon Volvo wagon so much that he decided to buy one for his growing family two years ago. The 34-year-old Boca Raton resident traded his Porsche 911 sports car for the Mercedes E63 S — the “godfather of wagons” as he calls it.

“That Volvo planted the seed,” he told ABC News. “We took it skiing, surfing, snowboarding, everywhere.”

“I’ve gone to Home Depot, filled up the back with balloons and flower arrangements and put a Christmas tree inside,” he said. “I am about to wedge a second car seat in the back.”

Chodkowski said driving his family around in a hulking or garden-variety SUV was never an option.

“I did not want to get an SUV when my wife was pregnant. I’m a car guy at heart,” he said. “The coolest dad move possible is to get an AMG wagon.”

First responders talk about the often-hidden pain and trauma of working in a pandemic
Advancing Black entrepreneurship amid a racial reckoning and a pandemic
Shay Mitchell talks Mother’s Day plans and the special bond between her daughter and grandmother
Kelvin Harrison Jr., Jennifer Hudson, and Jeffrey Wright share why their film ‘Monster’ “hits close to home”
Super-suits and a family saga: ‘Jupiter’s Legacy’ debuts today on Netflix
Parents of Walter Wallace Jr. demand justice and police reform in Philadelphia