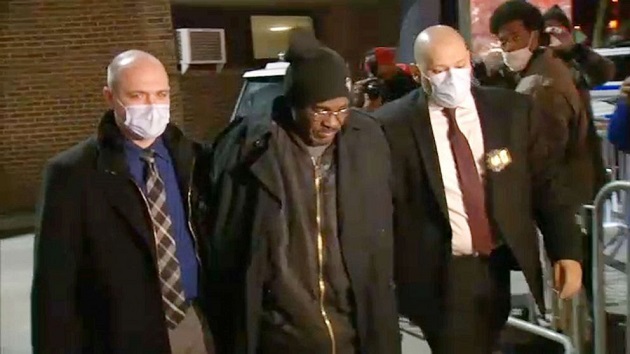 By MEREDITH DELISO and AARON KATERSKY

(NEW YORK) — Three families mourning the loss of their matriarchs are questioning why more wasn’t done to protect the residents of their senior housing complex after a man was arrested for their murders this week.

Kevin Gavin, 66, was charged Friday with three counts of second-degree murder for the killings, which spanned from 2015 to last week and occurred in the victims’ apartments, authorities said.

Gavin was identified as a suspect during the investigation of the second homicide, but it wasn’t until the murder on Jan. 15 that investigators said they were able to connect him to all three, police said.

The suspect would run errands for some of the elderly tenants who lived in the building, run by New York City’s public housing authority, NYCHA, police said.

“He had a relationship with our victims,” NYPD Chief of Detectives Rodney Harrison said during a media briefing Thursday.

The first victim, Myrtle McKinney, 82, was found dead inside her apartment at the Woodson Houses on Nov. 9, 2015, by her home health aide. At first, it was thought she died of natural causes, but a medical examiner discovered a stab wound on her neck, authorities said. The homicide case remained open with few leads, Harrison said. In court documents, prosecutors said that Gavin told them he stabbed McKinney with a steak knife.

The second victim, Jacolia James, 83, was also found dead inside her apartment. Her grandson found her lying face down on April 30, 2019. She had suspicious injuries to her face and neck, and her official cause of death was strangulation. Gavin allegedly told prosecutors he choked her and “stomped on her neck three times.”

Based on forensic evidence, Gavin became a suspect in James’ murder and, by connection, McKinney’s, but there wasn’t enough evidence to arrest him at the time, police said. Last year, Gavin moved into his late brother’s apartment in the building after he died.

The most recent homicide victim was killed nine months later. On Jan. 15, Juanita Caballero, 78, was found dead on the floor of her apartment with a telephone cord wrapped around her neck, authorities said. Her cause of death was strangulation.

Detectives were able to connect Gavin to all three murders based on evidence from the most recent homicide, Brooklyn District Attorney Eric Gonzalez said during the briefing Thursday.

“Prior to that, the pattern of deaths in those houses could not be clearly linked to an individual,” Gonzalez said. “After this unfortunate last killing, we were able to make a pretty definitive link to [Gavin].”

Gonzalez said that the arrest “will have a profound impact on public safety in Brooklyn.” Though local leaders and the victims’ family members are charging that more should have been done to protect residents of the complex following McKinney’s murder in 2015.

“We’re calling on the city, state and national resources to look into all of these murders, homicides, that were here,” Councilwoman Inez Barron said Thursday during a press briefing with the victims’ family members. “This has been a string of deaths that have occurred in a senior development, and we’re saying the NYPD has been negligent … and not put resources into solving these crimes in a timely manner.”

Juanita Caballero’s son, Steven Caballero, who discovered her body, said he is “heartbroken” over her murder and claimed that her building lacked significant security measures, such as cameras.

His family plans to sue NYCHA over the security measures, the New York Daily News reported. The daughter of Jacolia James also filed suit against NYCHA last year, according to the paper.

ABC News has reached out to NYCHA for comment on the cases and why Gavin was able to move into the building. The housing authority told New York ABC station WABC that the building currently has a security camera in the lobby, security doors and locks, and a security guard.

Harrison said police are now investigating other deaths in the building.

Gavin is being held without bail. His case was adjourned to Jan. 27. ABC News left a message with his attorney.