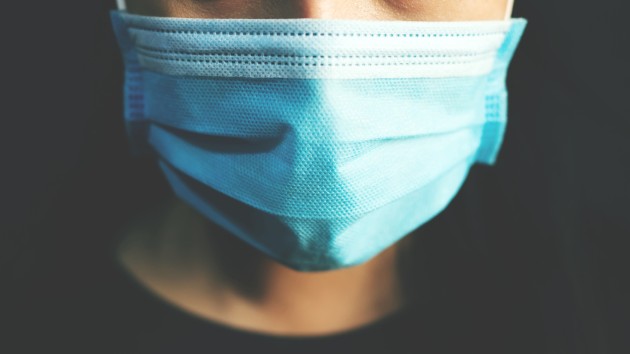 (NEW YORK) — In recent months, new variants of the virus that causes COVID-19 have been popping up all over the world, and experts say even more will continue to be identified as this pandemic continues. In the United States, variants have been found in California and the Midwest in recent weeks, and last month, new variants from the U.K., South Africa and Brazil were identified.

All viruses naturally gain mutations, so these variants “are normal and expected,” said Dr. Richard Kuhn, director of the Purdue Institute of Inflammation, Immunology and Infectious Disease and editor-in-chief of the journal Virology. For now, there’s no evidence any of these new variants are more deadly or that existing vaccines won’t work.

However, there is strong evidence that two of the variants — those that were first identified in the U.K. and South Africa — are more transmissible. Now, scientists are racing to understand exactly what it is about these two variants that makes them easier to jump from person to person, and whether we should be worried that other variants might do the same.

Although it’s still unknown exactly what leads the virus to being more transmissible, there are many theories, and several of the leading theories have to do with how effectively the virus leaves your body in its search for another.

“People who are infected with the variant could be shedding more [virus],” said Dr. Angela Rasmussen, a virologist and associate research scientist at the Center for Infection and Immunity at Columbia University’s School of Public Health.

According to Rasmussen, preliminary data from the U.K. suggests people infected with the new variant tended to have higher viral loads — meaning they had more volume of virus in their noses, which could be measured using a nasal swab.

With more virus in the respiratory droplets, it could be easier to get an infection if a droplet lands in your eyes, mouth or nose.

In a related theory, scientists are investigating whether the new variant might somehow lengthen the number of days an infected person is contagious.

Right now, there is good evidence to show that when someone becomes infected with COVID-19, they typically shed virus for about 10 days. That’s why the CDC asks people to isolate for 10 days after a positive test.

But if these variant viruses mutate to prolong this period, “they are shedding virus sooner and transmitting later, increasing the number of days [of being contagious],” Rasmussen said.

That could cause others to be infected, because you might not be quarantining when you should be and therefore exposing others unknowingly.

Yet another idea is that the virus might have evolved to be sturdier and better able to withstand the harsh environment outside the human body.

Many viruses, including rhinovirus — one of the culprits of the common cold — and influenza can have alterations in their protective outer coat in cold, dry weather, making them more stable in the environment. This allows them to hang out in the air or on surfaces for longer periods of time and remain infectious, making transmission from person to person easier.

Better able to “stick” to cells

One of the leading theories that has the most evidence behind it is the idea that the new, more transmissible COVID-19 variants are simply better at latching onto our cells.

Many scientists feel confident about this theory, because the mutations they found in the U.K. and South African variants are in those little “spikes” on the outside of the virus. The virus uses those spikes to bind to a specific site on our cells called the ACE2 receptor.

Most of the mutations “have predominantly been at the interface where the virus meets the cell receptor,” Kuhn said. “The mutations make the virus bind more efficiently to the [ACE2] receptor, resulting in great infections … [enhancing] the spread.”

Think of the ACE2 receptor and the COVID-19 virus as a lock and key, respectively, to get into the cell. If the virus mutates to become a better fit for the lock, it will be easier to get in and infect the cell, and it will be able to infect more cells. This means that if you are exposed to a variant of COVID-19, you are more likely to get infected, because it will be easier for the virus to get into your cells.

Scientists say none of these four theories are a slam dunk, but the increased ability to “stick” to cells is the most likely culprit, given the mutations in the binding site of the spike protein. However, it could be any one of these theories, and it could be a combination of them.

There are still many questions regarding the COVID-19 variants and what they mean in the course of the pandemic, but scientists are working every day to learn about them. Each time a new variant is discovered, researchers will need to characterize the variant to understand what the mutations do and how they could alter the course of the pandemic. Researchers in the U.S. continue to recommend that everyone remain calm and wait to see what the research shows, because people might be worrying for no reason.

And they stress that the known safeguards — physical distance and a simple face covering — will still work to protect you.

“A mutation, no matter what, is not something that confers magical powers to the virus,” Rasmussen said. “It can’t suddenly get through a physical barrier like a mask.”

That means the best way to protect yourself and others from getting COVID-19 is to wear a mask, social distance and wash your hands often.