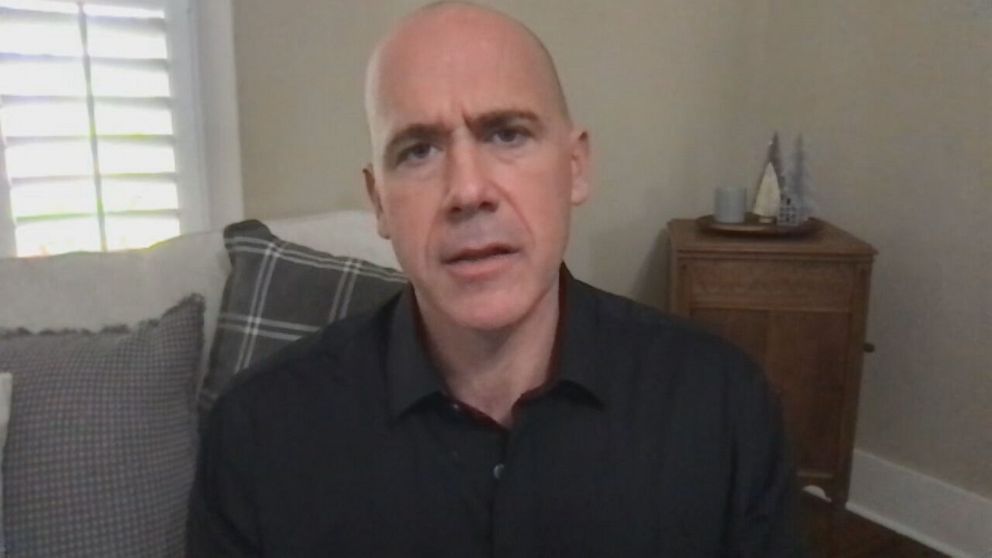 Still, Harvey says his flock is slowly coming to terms with Trump’s loss.

“It’s God who raises up leaders, and it’s God who deposes leaders,” he told “Nightline.” “We are to submit to whoever is in control. And so I think our people act as some of the emotional mess of the initial day after the election, after they got over that, I think they’re actually in good shape.”

Harvey, who has led the Cross Assembly Church since 2002, said he’s found himself combating misinformation in order to “calm the waters.”

“I’ve had to ask our people to calm down and not go off on conspiratorial tangents,” he said. “I’ve heard everything from the Vatican was behind the riots, to special forces broke into the chambers to steal Nancy Pelosi’s computer. I’ve asked our people just to lay all that mess aside.”

He said his Pentacostal congregation has also passed around prophecies Trump would be reelected.

“I’m having to let folks know that sometimes people get it wrong and some of their favorite prophets and prophetesses got it wrong,” Harvey said. “Donald Trump is not going to be president, at least for the next four years. … People got caught up in emotion and that was it.”

Sometimes, he said frustration is directed at him for being the bearer of bad news.

“Part of my job as a pastor has been to say, ‘Let’s lay aside the conspiracy theories, let’s lay aside some of these prophecies that aren’t going to come to fruition and get focused on what God’s called us to do.’”

Harvey admitted he has his own reservations about Biden, including “rolling back some of the pro-life executive orders that Donald Trump put into place,” he said, referring to Biden’s plans to end policies that restricted access to abortions in the U.S. “[That] concerned some evangelicals, particularly in my congregation.”

Biden, who has taken great comfort in his own faith through several tragedies in his life, is a practicing Catholic and invoked St. Augustine in his inauguration speech while calling for unity.

“Many centuries ago, Saint Augustine, a saint in my church, wrote that a people was a multitude defined by the common objects of their love,” Biden said. “What are the common objects we love that define us as Americans? … Opportunity, security, liberty, dignity, respect, honor, and yes — the truth.”

Harvey is concerned that under the current “polarized environment,” “ultimate unity” may not be possible.

“I hear [calls for] unity in the evangelical church. … I hear a call for unity, ostensibly from the Biden administration, although I’m not hearing that call as strongly as I would like,” he said.

“I’m all for unity. I’m not for unity at the [expense] of truth,” he said. “Individuals should not have to lay down deep-held conviction on issues like the sanctity of life, human sexuality. We shouldn’t have to lay those down for the sake of unity.”

With such severe cultural and political divides in the country, Harvey worries “things are going to get worse and worse. The division will be deeper and deeper. My view of scripture is there’s going to be a great falling away from the true faith. I believe that America’s greatness will start to decline.”

Warmest air since November expected across parts of US next week
Defense secretary says US still assessing who carried out Iraq rocket attack
New York state legislature passes bill to limit Gov. Cuomo’s pandemic emergency powers
NFL star Aaron Rodgers says ‘being a father’ is his ‘next great challenge’
‘Avengers: Endgame’ directors Joe and Anthony Russo happy to be clueless fans of ‘WandaVision’
Eddie Murphy, Arsenio Hall, and cast share their ideas for a third installment of ‘Coming to America’