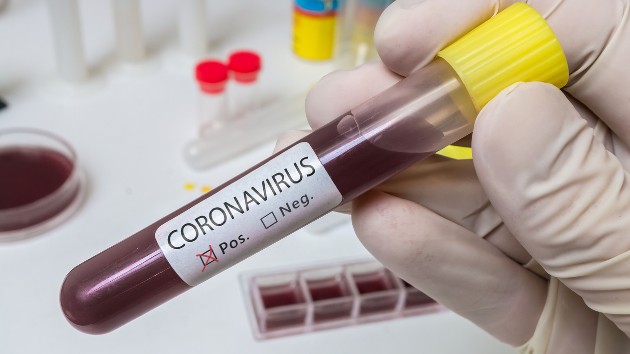 (NEW YORK) — When President-elect Joe Biden is sworn in on Jan. 20, he’ll be inheriting more than the Oval Office. As the COVID-19 pandemic extends into another year, the United States is leading the world for all the wrong reasons.

With more than 24 million infections, the U.S. has reported more than twice as many COVID-19 cases as India, the second leading country with four times the population, and tragically, more than 401,000 deaths. That’s more virus-related fatalities than any other nation on Earth, according to data from Johns Hopkins University, and exceeds the number of U.S. soldiers who died in battle during World War I, World War II and Vietnam combined, according to a data estimate compiled by the Department of Veterans Affairs.

The U.S. is also in the midst of the biggest surge of the pandemic to date, with 10 states reporting record numbers of new deaths this week, according to an ABC News analysis of data from The COVID Tracking Project.

To fight what some call the world’s worst outbreak, the U.S., under the Trump administration’s Operation Warp Speed has responded by wielding scientific and financial resources to develop two 95% effective COVID-19 vaccines, produced by Pfizer and Moderna, in record time.

“The good news and what’s in Biden’s favor, is that we have some really great vaccines and more on the horizon,” said Courtney Gidengil, a senior physician policy researcher at RAND.

But in addition to inheriting the vaccines themselves, Biden is inheriting the logistical challenge of getting those shots into millions of Americans’ arms — specifically enough to begin cutting down the infection rate as new and more transmissible variants of the virus spread.

“Operation Ward Speed achieved getting the vaccine up and running, but we never had an actual vaccination strategy to go with it,” Gidengil said.

Instead, the federal government outsourced vaccine distributions to the states, she explained, who in turn pushed the responsibility on local health departments and ultimately on hospitals, which were already overburdened by treating COVID patients.

With no clear strategy in place, the Trump administration fell short of its goal of getting 20 million Americans vaccinated by the end of 2020. Instead, as the sun set on the Trump presidency, less than 13 million of the 31 million doses distributed so far had made it into Americans’ arms, according to the Centers for Disease Control Prevention.

Biden spoke to the daunting task ahead during news conference last Friday in which he laid out a five-point plan to speed up vaccine distribution.

“This will be one of the most challenging operational efforts ever undertaken by our country,” Biden said. “You have my word that we will manage the hell out of this operation.”

Still, bumps in the road are expected, experts say. Beyond the high number of infections, hospitalizations, deaths and the missed vaccination goals is a set of interrelated obstacles that the Biden administration will inherit.

According to Dr. Amesh Adalja, senior scholar at Johns Hopkins Center for Health Security, one of Biden’s biggest and most enduring challenges didn’t start with the Trump administration.

“It’s important to remember that even if everything went perfectly with vaccine rollout, we’re still dealing with a public health system that’s been underfunded and undervalued for so long,” Adalja pointed out. “No matter who is in charge, it’s really hard to turn something like that around.”

Instead of investing in public health as a national security priority, the United States is caught in a cycle of panic and neglect, funding efforts to battle past infectious disease outbreaks, like Zika, MERS, SARS and Ebola, in moments of acute crisis and then pulling public health funding once immediate danger subsides.

“When something recedes from the headlines it also recedes from priority,” Adalja said. “The challenge will be building a sustainable system that’s not just for COVID.”

Politicization of the pandemic and public health experts

While past infectious disease outbreaks, such as Ebola, H1N1 and the 1918 flu have been politicized, according to Adalja, none has been as politically charged as COVID-19.

“A large proportion of the population have utter and complete distrust of public health authorities,” Adalja said.

Once among the most trusted health agencies in the world, the reputation of the Centers for Disease Control and Prevention is in tatters after a botched testing rollout early in the pandemic and a Politico investigation that found Trump officials interfered with the agency’s Morbidity and Mortality Weekly Reports.

The Trump administration’s refusal to wear masks and refrain from indoor gatherings became a sticking point for members of the White House coronavirus task force, who tried to encourage the public to adhere to COVID-19 mitigation measures even as members of the administration flouted them.

In some cases, distrust has jeopardized health officials’ personal safety. Dr. Anthony Fauci, as well as less well-known public health officials, have been targeted, harassed and even received death threats from anti-mask opponents. Some were pushed to the point that they resigned.

Restoring lost trust won’t be easy for the CDC.

“They are starting to get their courage back post-election, but a lot of damage has been done,” Adalja said.

While White House coronavirus briefings during the Trump administration tended to feature Trump himself, experts recommend that the Biden administration let scientists take center stage, which Biden has already pledged to do.

Experts like the surgeon general will speak directly to the American people, Biden said Friday and promised to be transparent about “both the good news and the bad,” when it came COVID-19 progress.

“You’re entitled to know,” he said.

In addition to allowing CDC and FDA experts to airtime, Dr. Eric Toner, a senior scholar at Johns Hopkins Center for Health Security, recommended that the president and senior staff give daily encouragement to the public about stopping COVID-19’s spread.

Faced with inheriting “a substantial portion of the populace that doesn’t believe in the pandemic or the vaccine,” Biden needs a diverse national campaign to promote vaccination, Toner added, “including voices that resonate and are likely to be trusted by different segments of society.”

In addition to making special efforts to reach historically discriminated against groups, “sophisticated, well-informed communication is key to go head to head with antivax organizations and convince youth who feel invincible to vaccinate themselves as an altruistic act,” according to Cheryl Healton, dean at NYU’s School of Global Public Health.

The U.S. bet it all on vaccines

In focusing narrowly on Operation Warp Speed, the Trump administration left only one option for escaping the pandemic: vaccination.

Other countries, such as Singapore and Taiwan, invested heavily in COVID-19 testing and contact tracing to control disease spread. But with largely unchecked community transmission in the U.S., that’s no longer a viable mitigation option.

“The U.S. will never be Singapore or Taiwan,” Adalja said. “That die was cast last year.”

Other experts lamented lack of coordination in the current COVID strategy. The U.S. still doesn’t have adequate testing or PPE, they said. Unlike the United Kingdom and South Africa, the U.S. has no national testing surveillance system to detect new virus variants. Instead, some states do rigorous surveillance, while others don’t.

Given that the new variants first identified in the U.K. and South Africa are thought to be more transmissible than the old variant, not being able to actively check for emerging variants, “is definitely a sobering thought,” Gidengil said.

Healton would like to see Biden’s plan go further than what he’s outlined so far. She urged the administration to try to obtain a court order to mandate public use of masks.

“It would be a heavy lift, but as things stand now we are allowing people to infect others routinely and what state you live in determines your risk,” Healton said.

Among the dozens of executive orders Biden plans to sign on inauguration day is a 100-day national mask mandate, which will be enforced on all federal property and during interstate travel on planes, buses and trains. He’s also promised to tap the Federal Emergency Management Agency (FEMA) to set up federally funded mass vaccination centers in school gyms and sports stadiums to ramp up vaccine distribution and to use mobile clinics to help reach hard-hit communities.

While experts acknowledged that the jury is still out on whether the Biden administration will be able execute and fund his big-picture COVID strategy — the details are important, they agreed — ultimately they’re hopeful.

“Much of what’s in his plan for the pandemic are things people in my field have been advocating for a year now,” Adalja said.