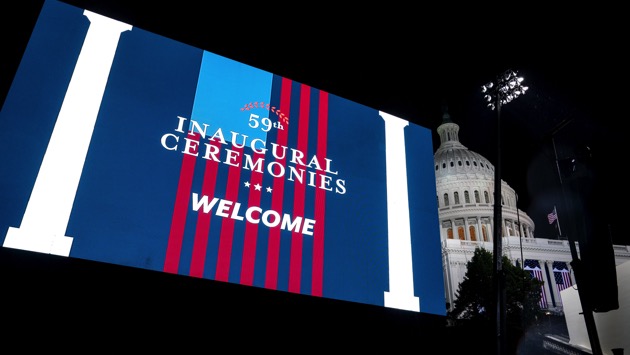 (WASHINGTON) — For the first time in history, kids will have a special way to watch the presidential inauguration.

Actress Keke Palmer will host a special live broadcast of the inauguration of Joe Biden and Kamala Harris.

The livestream, made especially for students and families, will feature a special message from incoming first lady Dr. Jill Biden, who invited children in a video message posted on Twitter.

“Inaugurations are one of the most important American traditions,” said Biden, who called on students and families to join her and Palmer as the nation comes together to “make history,” saying, “See you at the Capitol.”

The livestream will also feature commentary from historians, trivia questions asked by incoming second gentleman Doug Emhoff and a special segment on presidential pets, according to the Biden Inaugural Committee.

“Our White House: An Inaugural Celebration for Young Americans” was schedule to begin at Jan. 20 at 10 a.m. ET.

The inauguration of Biden, the 46th president, and Harris, the nation’s first woman and first woman of color vice president, will take place largely online this year due to the need to avoid large crowds to stem the spread of the coronavirus.

The inauguration is also taking place under extensive security measures put in place after the deadly U.S. Capitol breach that took place in the same location where Wednesday’s inauguration will happen.

The inauguration ceremony will feature musical performances from Garth Brooks, Lady Gaga and Jennifer Lopez. Lady Gaga, who worked with Biden on a campaign against sexual assault when he was vice president, will sing the national anthem.

Following Biden’s inaugural address, there will be a wreath-laying at Arlington National Cemetery with other first families. Then there will be a virtual parade featuring performances from across the U.S.

At 8 p.m. ET ABC News will present, “The Inauguration of Joseph R. Biden, Jr. – An ABC News Special,” that will provide reporting on the historic moments from the day.

Then, at 8:30 p.m. ET ABC will air “Celebrating America,” the primetime special previously announced by the Presidential Inaugural Committee, including performances from Bon Jovi and Demi Lovato, among others. The event will be hosted by Tom Hanks.

Employers add 379,000 jobs last month, pushing unemployment rate to 6.2%
What to know about traveling this summer amid the pandemic
What to know about FEMA vaccination sites amid COVID-19 pandemic
Food industry professionals raise $50,000 on Clubhouse to ‘Stop Asian Hate’ and support restaurants
Chipotle launches makeup collection with e.l.f. so you can look spicier than ever
Cold blast hits Northeast as new storm gets ready to slam West, from California to Washington