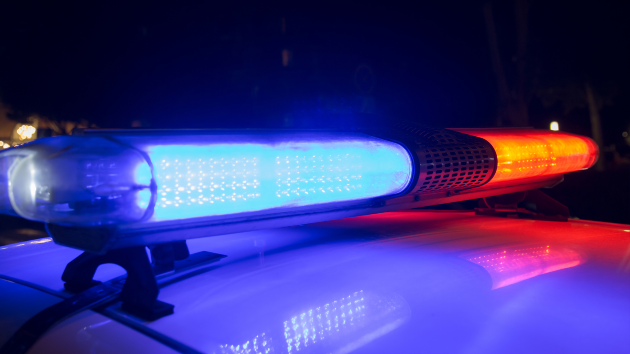 (NEW YORK) — Residents in parts of the Poconos have been asked to shelter in place after multiple shootings at multiple locations left at least four injured Monday night, according to officials.

The Monroe County Office of Emergency Management said those on the 196 corridor between Pocono Country Place and Pocono Farms East should seek shelter and report any suspicious activity.

The suspect is at large, according to Mount Pocono Mayor Michael Penn.

Rapid gunfire, according to the mayor, was reported in a Pocono Country Place, at the Dollar General store in Tobyhanna and at Stoogies on Rouge 196.

Police were dispatched at 5 p.m. to a report of multiple gunshots, Pocono Mountain Regional Police Chief Christopher Wagner said at a press conference Monday night. At that time, they started receiving other calls of gunshots around in the township.

Police said the initial response was at a residence and then at a shopping plaza where a 47-year-old woman was shot in the back and a 19-year-old male was shot in the arm. The woman had to be flown to a hospital trauma center.

The conditions of the victims are unknown.

“It was scary. I’m used to living next to a gun range so, in my head, it’s oh, it’s the gun range, but in reality. It was right next to us and it started in our parking lot,” Hull told the station.

A person of interest is being questioned, but no arrests have been made, according to authorities.

First responders talk about the often-hidden pain and trauma of working in a pandemic
Jordana Brewster offers advice to those who may find Mother’s Day difficult to celebrate
Happy #Halfway2Halloween! The Muppets’ 1st Halloween special coming to Disney+
Mads Mikkelsen says ‘Indiana Jones 5’ script “was everything I wished it to be”
Warren Buffett’s Berkshire Hathaway stock price is too high for Nasdaq to handle
Baker donates cakes to families that lost children for Mother’s Day