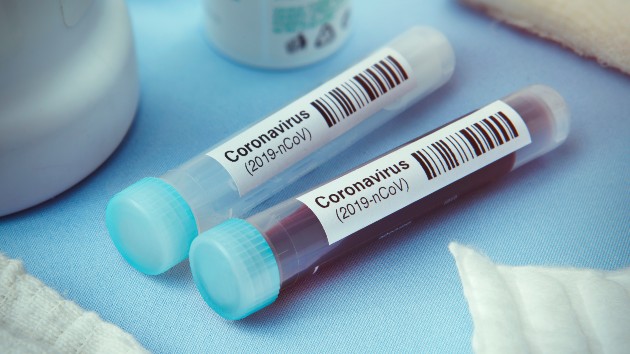 (NEW YORK) — A pandemic of the novel coronavirus has now infected more than 95.6 million people worldwide and killed over two million of them, according to real-time data compiled by the Center for Systems Science and Engineering at Johns Hopkins University.

One family’s holiday gathering in Pennsylvania has turned out to be a superspreading event, according to a report by Philadelphia ABC station WPVI-TV.

Darlene Reynolds, 55, said she woke up with a scratchy throat on Dec. 26, the day before relatives from as far as Canada were planning to come over for a holiday party at her home in the Milmont Park section of Ridley Township.

“I had no fever because I kept checking it,” Reynolds told WPVI. “I said, ‘I’ll keep a distance since I have a tiny little cough."”

Soon after the party, people started getting sick.

“We were sick, but we didn’t know we had COVID. We could’ve had the flu, but it was scary,” Reynolds told WPVI. “We got tested and we tested positive.”

In total, 18 family members ranging in age from 1 to 62 contracted COVID-19. Reynolds said both her husband and their son were hospitalized.

Just hours after California’s top epidemiologist recommended pausing the use of COVID-19 vaccines from Moderna’s lot 041L20A due to “possible allergic reactions” that are under investigation, Mendocino County officials discovered that the batch in question was used at a mass vaccination event in San Diego.

“The county has reviewed the lot numbers administered through our mass vaccination clinics as well as the inventory stored in our freezer. Upon further review, we are confirming that 100 doses of Mendocino County Public Health’s Moderna vaccine associated with the batch the state is concerned with were used at a vaccination event at the Redwood Empire Fairgrounds on January 7th,” Mendocino County vaccine coordinator Adrienne Thompson said in a statement Monday night.

According to Thompson, all 100 doses were administered at the event and comprised a separate order from the state. No adverse reactions occurred.

“County staff will be contacting all 100 individuals that received a vaccine with this lot number to alert them of the recall,” Thompson said. “No other side effects have been noted from use of this vaccine.”

Mendocino County’s public health officer, Dr. Andrew Coren, said events such as this are not unexpected because these are new vaccines, and it should not deter the public from getting vaccinated.

“This isolated event has not increased the percentage of vaccine reactions, which continue to be about one person in 100,000,” Coren said in a statement Monday night. “Getting vaccinated continues to be the best way for all of us to help move beyond this virus and return to a normal way of life.”

There were 137,885 new cases of COVID-19 confirmed in the United States on Monday, according to a real-time count kept by Johns Hopkins University.

An additional 1,382 fatalities from COVID-19 were registered nationwide on Monday, down from a peak of 4,462 new deaths on Jan. 12, according to Johns Hopkins data.

A total of 24,078,773 people in the U.S. have been diagnosed with COVID-19 since the pandemic began, and at least 399,003 have died, according to Johns Hopkins data. The cases include people from all 50 U.S. states, Washington, D.C., and other U.S. territories as well as repatriated citizens.