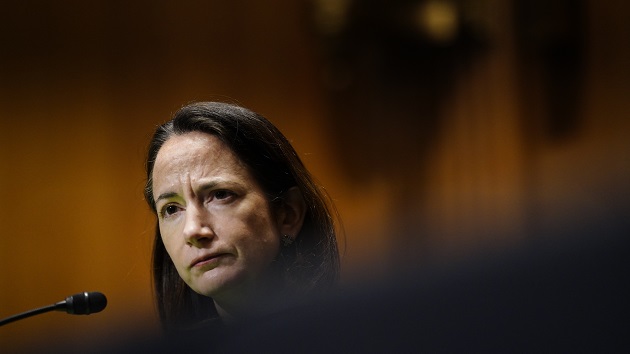 (WASHINGTON) — President-elect Joe Biden’s choice to lead the U.S. intelligence community vowed Tuesday to help the FBI uncover any role that foreign nations like Russia may have played in radicalizing the violent mob that stormed the U.S. Capitol two weeks ago, even as she assured lawmakers that politics would have no place in her office.

“I’ve certainly seen Russia’s use of active measures and a variety of influence campaigns to exacerbate some of the divisions in this country and to promote extremism,” Avril Haines, the nominee to become director of national intelligence who served as a senior national security adviser in the Obama administration, told the Senate Intelligence Committee during her confirmation hearing on Tuesday.

Haines was pressed over concerns that the DNI’s office had at times become too political, with the committee’s top Democrat and soon-to-be chairman, Sen. Mark Warner, D-Va., saying that most recently the U.S. intelligence community had been “unfairly maligned” and questioned by President Donald Trump.

Haines said any effective DNI “must never shy away from speaking truth to power — even, especially, when doing so may be inconvenient or difficult.”

“To safeguard the integrity of our intelligence community, the DNI must insist that, when it comes to intelligence, there is simply no place for politics — ever,” she added.

Politics, though, drove the violent Trump supporters who attacked the Capitol and assaulted law enforcement officers on Jan 6. They were motivated by unfounded claims — made by Trump himself — that the 2020 presidential election was illegitimate and stolen from him.

Haines said that, if confirmed, she hopes the U.S. intelligence community can play “an important role” in supporting investigations by the FBI and Department of Homeland Security into whether any foreign actors may have helped inject those unfounded claims into the American bloodstream, and whether there may be any other “connections” between those who participated in the siege and individuals abroad.

But Warner noted such right-ring extremism is “not a problem that is unique to America,” saying, “We’ve seen similar right-wing groups spring up across many European nations, and some level of networking between what’s happening in Europe and what’s happening in this country.”

In fact, the FBI has identified several cases of white supremacists in America who have been in contact with like-minded extremists overseas, with some of the Americans even traveling to Europe to train with right-wing radicals there.

“This is a major issue for the country,” Haines said of domestic terrorism coming from the fringes of the right and left.

Both Republican and Democratic senators on the committee expressed concern over what the committee’s outgoing chairman, Sen. Marco Rubio, R-Florida, called “the challenge” of preventing foreign countries from trying “to get us to fight with each other.”

“Not that we don’t do a pretty good job of it on our own,” Rubio quipped.

Sen. John Cornyn, R-Texas, said he wants the FBI to brief the committee on what it’s found so far about foreign influence in the Jan. 6 siege, which left five Americans dead, including a U.S. Capitol Police officer.

In an intelligence assessment issued last week, several federal law enforcement agencies noted that since the Capitol assault, “Russian, Iranian, and Chinese influence actors have seized the opportunity to amplify narratives in furtherance of their policy interest.”

In at least one instance, a “Russian proxy” claimed that members of the radical left-wing group antifa had “disguised themselves as supporters of President Trump, and were responsible for storming the Capitol building,” the intelligence assessment said.

Similarly, “Iranian state media has continued to stoke claims that President Trump encouraged and incited the violence,” while Chinese media “have seized the story to denigrate US democratic governance—casting the United States as broadly in decline,” according to the intelligence assessment.

Haines and the lawmakers on the committee agreed that China poses one of the greatest overall threats to U.S. national security, with Haines describing China as an “adversary” when it comes to espionage and protecting America’s secrets.

Warner said government officials and the public need to be “clear-eyed about China.”

“Perhaps the greatest challenge facing you as DNI will be a rising China that is committed to surpassing and eclipsing the U.S. militarily, economically, and technologically,” Warner told Haines during Tuesday’s hearing.

With the array of threats to U.S. interests emanating from around the world, “You’ll not have an easy job,” Warner warned Haines.

Still, Haines said the fact that she could sit before the lawmakers after the events of the past two weeks was “truly remarkable.”

“I just want to say how eerie it was even coming here today to see how, uh, to see the National Guard out across Washington and in these halls,” she said, referring to massive security measures put in place ahead of Wednesday’s inauguration. “And my first reaction in watching the events was really concern and obviously empathy for all of you … and how truly disturbing it was to see what was done to these sacred halls, frankly, and sort of the heart of our democracy.”

But, she told the lawmakers, she was “proud to be part of a country where I saw all of you not let it affect your work, not let you miss a beat, and come back in and do the work of the American people.”

Marvel villain struggles with work-life balance in preview of Hulu’s animated ‘M.O.D.O.K.’
Dems, GOP at odds over scope of proposed commission on Jan. 6 Capitol attack
Teyonah Parris says becoming Marvel’s Monica Rambeau has been her “most physical role to date”
Walton Goggins on playing against type as a grieving dad, in CBS’ hit ‘The Unicorn’
Minority TikTok influencers are bringing awareness of COVID-19 vaccines to their communities
Woman who suffered debilitating periods for years gets help with new procedure