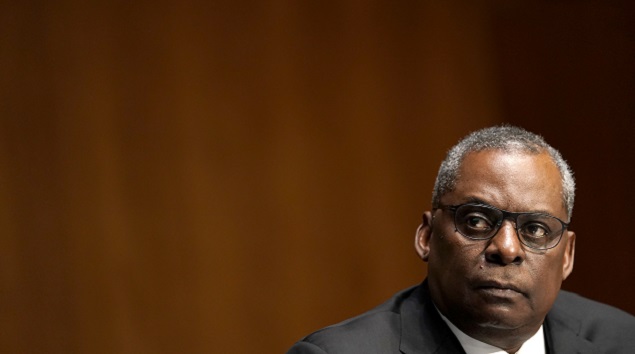 (WASHINGTON) — Retired U.S. Army Gen. Lloyd Austin, President-elect Biden’s nominee to be the next defense secretary, pledged to Congress Tuesday that he will maintain civilian control after concerns had been raised that the nomination of another retired general was eroding civilian oversight of the military.

Because Austin, who left the military in 2016 has not met the legally-required seven year gap since his retirement, both houses of Congress will have to grant him a waiver so he can serve in the post, as was granted to James Mattis in 2017.

“If you confirm me, I am prepared to serve now — as a civilian — fully acknowledging the importance of this distinction,” Austin said at his confirmation hearing before the Senate Armed Services Committee.

“I understand and respect the reservations some of you have expressed about having another recently retired general at the head of the Department of Defense,” he said. “The safety and security of our democracy demands competent civilian control of our armed forces, the subordination of military power to the civil.”

Austin told the committee that he had been committed to that principle during his four decades of military service but he recognized that being the civilian head of the department will require him to have a “a different perspective and and unique duties from a career in uniform.”

Austin will appear before a House committee on Thursday to address concerns about his nomination in that body, as both houses of Congress must approve a waiver.

On Tuesday, the retired general pledged to surround himself with experienced civilians whom he said he would empower to “enable healthy civil-military relations, grounded in meaningful oversight.”

Austin said he planned to include the under secretary of defense for policy in top decision-making meetings “ensuring strategic and operational decisions are informed by policy.”

He also said that he would ensure that the Pentagon work “hand-in glove with the State Department.”

Austin said his first major challenge would be dealing with the coronavirus pandemic, and said that if confirmed he will quickly review the Pentagon’s contributions to the nationwide distribution of vaccines.

Another top priority for Austin will be to ensure Defense Department employees have “a working environment free of discrimination, hate and harassment. “

“If confirmed, I will fight hard to stamp out sexual assault, to rid our ranks of racists and extremists, and to create a climate where everyone fit and willing has the opportunity to serve this country with dignity,” said Austin. The job of the Department of Defense is to keep America safe from our enemies. But we can’t do that if some of those enemies lie within our own ranks.”