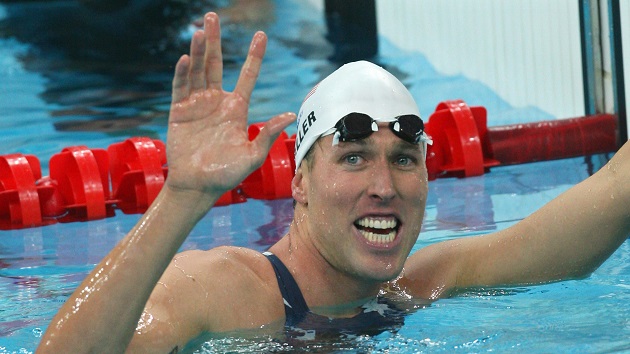 (WASHINGTON) — Olympic gold medalist Klete Keller was charged for his alleged involvement in the attack on the Capitol last week.

It was first speculated that Keller was involved in the riot when people began identifying a man who looked like him in a video taken by Townhall reporter Julio Rosas. The video shows a tall man seemingly wearing a U.S. Olympic Team jacket, and former teammates and coaches identified him as Keller, SwimSwam and The New York Times reported.

In the video, which was cited in the complaint against Keller, Capitol Police tussle with rioters in the Rotunda, and Keller was pushed back with the crowd by police shields.

Keller had been employed by Colorado real estate firm Hoff & Leigh, but, the firm said in a statement, he resigned this Tuesday.

“Effective immediately, Klete Keller is no longer with Hoff & Leigh. Keller, an independent contractor, resigned from the company today,” the company said. “Hoff & Leigh supports the right of free speech and lawful protest but we cannot condone actions that violate the rule of law. We pride ourselves on our deeply held core values of family, loyalty, community and stewardship. We continue to stand by these values.”

In response to the reports of Keller’s participation in the siege, USA Swimming said in a statement, “We respect private individuals’ and groups’ rights to peacefully protest but in no way condone the actions taken by those at the Capitol last week.”

Before the charge was made against Keller, U.S. Olympic & Paralympic Committee CEO Sarah Hirshland sent a letter to Team USA athletes condemning the “rioters” at the Capitol.

“At home, and around the world, Team USA athletes are held to a very high standard as they represent our country on the field of play and off,” Hirshland wrote. “What happened in Washington, D.C., was a case where that standard was clearly not met. The people involved attacked the very fabric of the democracy we all proudly represent and, in turn, also let our community down. I urge everyone associated with Team USA to continue to celebrate our diversity of background and beliefs, stand together against hatred and divisiveness, and use our influence to create positive change in our community.”

Columbus to invest nearly $5M in police bodycams after Andre Hill shooting
Capitol riot latest: Lawyer who kicked down Nancy Pelosi’s door denied bail
Clare Crawley breaks her silence on split from Dale Moss: “This was not what I expected or hoped for”
Priyanka Chopra Jonas says the racism she suffered in high school forced her to leave America
Psst: Shonda Rhimes’ ‘Bridgerton’ renewed for second season at Netflix
Chrissy Teigen says sobriety is “a different world for me”