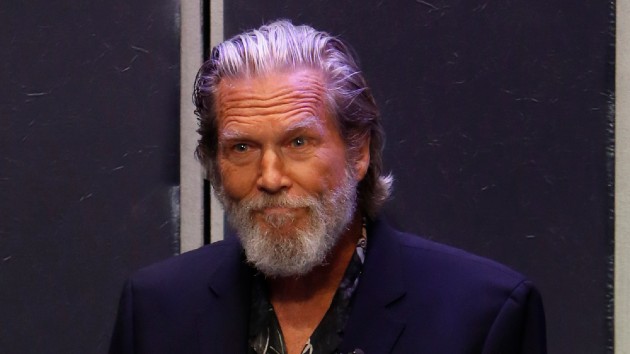 (LOS ANGELES) — Jeff Bridges shared some good news about his battle with lymphoma.

The Big Lebowski actor, who announced his cancer diagnosis in October, revealed his tumor has “drastically shrunk.”

In a post on his website, the 71-year-old Oscar winner said he learned the positive news after he went in for a CT scan on January 6 to evaluate how his “new protocol” is affecting him.

“Turns out, it’s working beautifully,” he wrote. “The thing has drastically shrunk.”

Bridges also wrote about receiving the news that his tumor shrunk amid the riots at the U.S. Capitol.

“I come home elated with the news. I turn on the TV to find out what’s going in the world, and….well…I don’t have to tell you what’s goin’ on,” he wrote. “To see our country attacking itself broke my heart. A question rose in me — what’s an individual to do in a situation like this? My mentor, Rozzell Sykes, came to mind. His manta was ‘Be Love."”

Bridges has kept his fan base updated throughout his cancer fight. In December, he shared a photo revealing he’d shaved his head and was “feeling good.”

Lymphoma is cancer of the body’s lymphatic system, which helps fight germs, according to the Mayo Clinic. Treatment for the disease varies but may involve chemotherapy, immunotherapy medications, radiation therapy, a bone marrow transplant or some combination thereof.

When he publicly announced his diagnosis last year, Bridges shared, “Although it is a serious disease, I feel fortunate that I have a great team of doctors and the prognosis is good.”