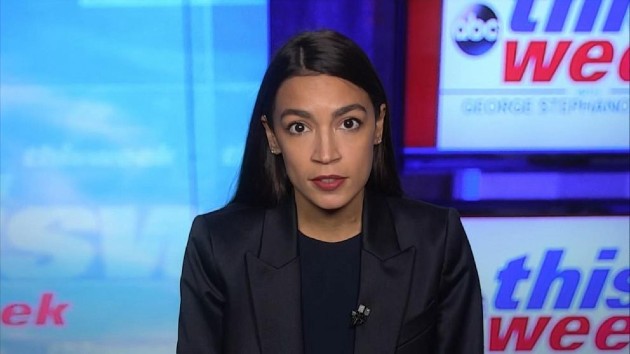 (WASHINGTON) — Democratic Rep. Alexandria Ocasio-Cortez opened up about the trauma of surviving the Capitol siege — and attacked her Republican colleagues — in a passionate, hour-long Instagram live Tuesday night.

When angry supporters of President Donald Trump, many armed, stormed the Capitol last Wednesday, the congresswoman said she “had a very close encounter where I thought I was going to die,” though she didn’t detail the incident, citing security reasons.

“All of these thoughts come rushing to you,” she said. “I did not know if I was going to make it to the end of the day — and not just in a general sense but also in a very, very specific sense.”

Some members of Congress huddled in “a secure extraction point,” but Ocasio-Cortez said she didn’t feel safe joining because “QAnon and white supremacist sympathizers, and frankly white supremacist members of Congress in that extraction point, who I know, and who I had felt would disclose my location… who would create opportunities to allow me to be hurt, kidnapped.”

“I didn’t even feel safe around other members of Congress, and to be kind of fending for yourself in that way is traumatizing,” she said.

“Many of us merely and narrowly escaped death,” she said. “There were members of Capitol Police, who were quite heroic … there were also black and brown officers that were confronting white supremacists and putting themselves, not just to protect members, but they put themselves in harm’s way.”

In the aftermath of the siege, a growing number of Trump officials have resigned from their positions, including Education Secretary Betsy DeVos and Transportation Secretary Elaine Chao — but Ocasio-Cortez said the blood of the five people who died in the riot is “on your hands” — “always.”

“Those five people’s blood is on your hands,” Ocasio-Cortez continued. “They think that resigning is going to clean that blood off their hands? It is always on them. They are ever stained with the deaths of people, especially when they did not invoke the 25th Amendment to remove this president, when they have the power to do so.”

Four rioters died from the siege, as well as Capitol Police Officer Brian Sicknick. Another Capitol police officer died over the weekend after responding to the riot but his cause of death has not been released.

Ocasio-Cortez called Trump officials “cowards who couldn’t even stand up in the memory of these officers that they pretend to care about.”

“I don’t want to hear or see the Republican Party talk about blue lives ever again,” she said. “This was never about safety for them — it was always a slogan, because if they actually cared about rule of law, they would speak up when people break the law.”

Ocasio-Cortez then turned her attention to laying into her Republican colleagues who supported challenges to President-elect Joe Biden’s electoral votes.

“If Ted Cruz doesn’t resign, and if the Senate doesn’t expel him, we got to take them out the old-fashioned way — and we that means we need to organize and vote him out in an election,” she said. “Josh Hawley, Missouri: he took that seat from a Democrat … [a] Democrat can take that seat right back if you will not resign.”

She also lambasted House Republican Leader Kevin McCarthy, saying, “he voted to overturn the results of our election when his members were begging him for guidance …. He did not provide any leadership to his own party. He cared about himself. He cared about supremacy. He cared about power and dominance over democracy. He needs to go.”

As the House gears up to vote on an article of impeachment Wednesday, she said, “while it’s a little late for some Republicans to try to scramble together a reputation … if there’s anyone in that party left who is willing to not only act out of selfish interests, maybe you should vote to impeach him. Not because of the way it’ll game out for you, politically, maybe you should vote to impeach him because he’s an active threat to every single American.”

The congresswoman also touched on her own healing in the wake of the siege. She would likely see a counselor and she also reflected on a trauma and grief she experienced as a teenager.

“When I was 18 years old I know my response was to bury myself in work. … I tried to raise my GPA and I was doing all these clubs and all this other stuff. And it was really just dealing with it by not dealing with it in a way,” she said. “I think as a consequence it took me a long, long, long, long time to assess what happened … it really took me 10 years to process.”

“You need to be able to process that hurt so that you can be your best self and you can integrate what happened,” she said. “I don’t think any of this makes any person broken. … I don’t think that anyone makes it through life unscathed.”

The IRS says 88% of families will receive a bigger child tax credit. How much will you get?
Biden says US will send 20 million more vaccine doses to other countries
School bus driver says kindergartners’ curiosity helped stop armed hijacking
Four police officers shot in Birmingham, Alabama, during search warrant execution
Rep. Liz Cheney criticizes ‘disgraceful’ GOP attempts to ‘whitewash’ Capitol attack
Mom gets outpouring of love from Twitter after revealing she has to tell her son she is dying