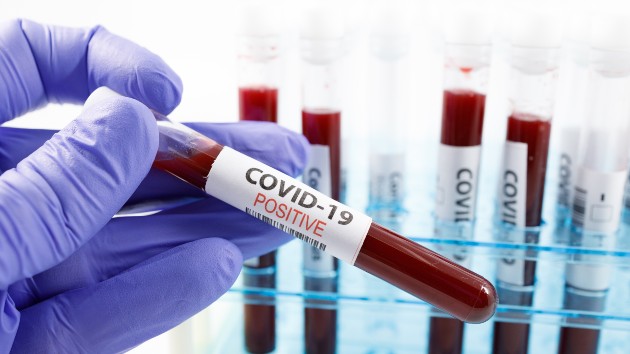 (NEW YORK) — A pandemic of the novel coronavirus has now infected more than 91.7 million people worldwide and killed over 1.96 million of them, according to real-time data compiled by the Center for Systems Science and Engineering at Johns Hopkins University.

Scientists at the Ohio State University’s Wexner Medical Center and College of Medicine announced Wednesday that they have discovered a new variant of the novel coronavirus.

The new strain carries a mutation identical to the variant that was discovered in the United Kingdom late last year, but researchers said it likely arose in a virus strain already present in the United States. The researchers also reported the evolution of another U.S. strain that acquired three other gene mutations not previously seen together in SARS-Cov-2, the virus that causes COVID-19, according to a press release.

The Ohio State University Wexner Medical Center has been sequencing the genome of SARS-Cov-2 viruses in patients with COVID-19 since March to monitor the evolution. The new variant was found in one patient from Ohio, and researchers do not yet know the prevalence of the strain in the population, according to the press release.

Meanwhile, the evolving strain with the three new mutations has become the dominant virus in the state’s capital, Columbus, during a three-week period in late December and January.

“This new Columbus strain has the same genetic backbone as earlier cases we’ve studied, but these three mutations represent a significant evolution,” Dr. Dan Jones, the study’s leader and vice chair of the Ohio State University’s division of molecular pathology, said in a statement. “We know this shift didn’t come from the U.K. or South African branches of the virus.”

Like the U.K. strain, researchers said the mutations in the Columbus strain are likely to make the virus more infectious.

“At this point, we have no data to believe that these mutations will have any impact on the effectiveness of vaccines now in use,” said Peter Mohler, a co-author of the study, chief scientific officer at the Ohio State University Wexner Medical Center and vice dean for research at the College of Medicine. “It’s important that we don’t overreact to this new variant until we obtain additional data.”

The researchers will hold a press conference on the matter later Wednesday, according to the press release.

The latest state of emergency was declared for the prefectures of Osaka, Hyogo, Kyoto, Aichi, Gifu, Fukuoka, and Tochigi.

The move comes one week after Suga declared a state of emergency in Tokyo and three neighboring prefectures due to rising infections and a growing death toll.

Under the state of emergency, which takes immediate effect and is expected to end Feb. 7 for all 11 prefectures, Suga said governors will ask residents to refrain from dining out and to stay home after 8 p.m. unless for essential reasons. They will also ask companies to decrease the number of employees commuting to work by 70%.

The Japanese Ministry of Health, Labor and Welfare registered 4,521 newly confirmed cases of COVID-19 as well as 51 additional deaths from the disease on Tuesday, bringing the country’s cumulative total to 295,257 cases with at least 4,144 deaths.

There were a record 4,327 new deaths from COVID-19 registered in the United States on Tuesday, according to a real-time count kept by Johns Hopkins University.

Tuesday’s tally overtakes the country’s previous all-time high of 4,194 fatalities from the disease, which were registered on Jan. 7, Johns Hopkins data shows.

An additional 215,805 new cases of COVID-19 were also confirmed nationwide on Tuesday, down from a peak of 302,506 newly confirmed infections on Jan. 2. It’s the eighth consecutive day that the country has reported more than 200,000 new cases, according to Johns Hopkins data.

A total of 22,846,808 people in the U.S. have been diagnosed with COVID-19 since the pandemic began, and at least 380,796 of them have died, according to Johns Hopkins data. The cases include people from all 50 U.S. states, Washington, D.C., and other U.S. territories as well as repatriated citizens.

Texas has become the second U.S. state to have a total of more than two million diagnosed cases of COVID-19.

The Lone Star state surpassed the grim milestone late Tuesday, with a cumulative tally of 2,014,645 confirmed cases. California currently has 2,795,978, according to a real-time count kept by Johns Hopkins University.