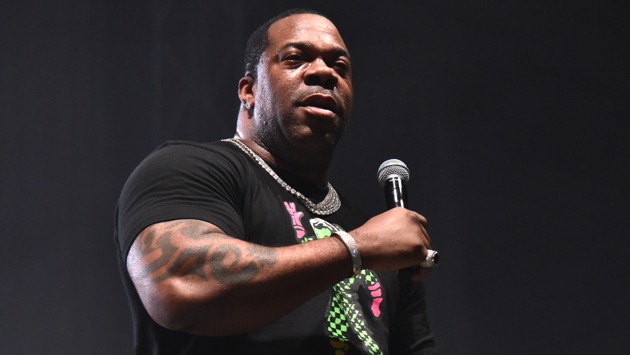 (NEW YORK) — Busta Rhymes opened up about his 100-pound weight loss in the January/February issue of Men’s Health.

Now weighing 254 pounds, the 48-year-old rapper said he’s focused on his music, but not nearly as much as his health.

Busta admitted his food and workout regimen changed in 2009 while recording his album “Extinction Level Event 2: The Wrath of God.”

“Believe it or not, I made the album when I was at my most unhealthy,” he told the magazine. “I was so focused on the music being the best that it could be, I didn’t put any time into taking care of myself.”

In the midst of supporting his six children, Busta said he was overwhelmed by the loss of his longtime manager, Chris Lighty, in 2012 and his father in 2014. He said he “felt cheated” being that “the two people I wanted to see me win were no longer here to see it.”

“Those were the two most important male figures in my entire life. Early on, Chris Lighty was telling me that this was the best album that I ever made,” Busta added. “I was waiting for him to tell me that I was making something special, and then he tells me, but he dies before I could put the album out.”

Busta’s health became more apparent to his family after one of his sons found him struggling to breathe after falling asleep in the car after a night of partying in 2019.

These days, Busta is sleeping, eating better and exercising more to be the healthiest version of himself, while promoting, “ELE2.”

“I ain’t just getting in shape to look good with my music,” he said.

Five things to know about COVID protections as Americans head back to work
Supreme Court to take up major abortion case that could undermine Roe v. Wade
Lamar Odom speaks on his recovery, using ketamine to treat addiction
What are NFTs? Everything you need to know about non-fungible tokens
Once hesitant about COVID-19 vaccines, some have changed their minds
Face masks and kids: Pediatrician shares what parents should know