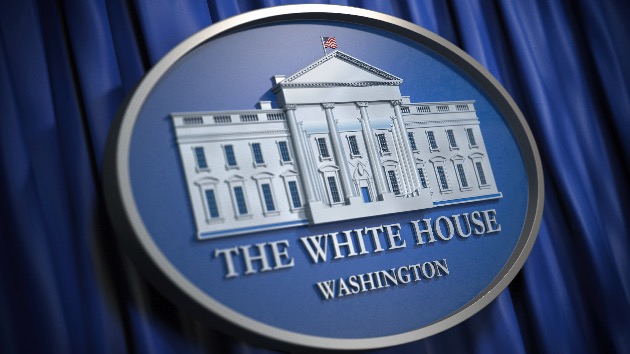 (WASHINGTON) — President Donald Trump is slated to hand over control of the White House to President-elect Joe Biden in eight days.

Here is how the scene is unfolding. All times Eastern:

The House Rules Committee began meeting at 11 a.m. Tuesday to take up the rules governing floor debate for a resolution pressing Vice President Mike Pence to use the 25th Amendment and force Trump out of office.

“It is absolutely critical for us to make clear that this was a dereliction of presidential duties,” said Rep. Jamie Raskin, D-Md., one of the resolution’s co-sponsors. “The president is not even minimally discharging the basic duties of his office.”

A vote on the resolution is expected around 7:30 p.m., according to House Majority Leader Steny Hoyer’s office.

Democrats will give Pence “24 hours after passage” to respond and mobilize the Cabinet to remove Trump, said House Speaker Nancy Pelosi in a statement Monday, otherwise the House will move forward with an impeachment vote as early as Wednesday, setting up Trump to be the first president in U.S. history impeached twice.

The House Rules Committee is expected to take up rules governing floor debate for the impeachment resolution — which charges Trump with inciting an insurrection — later in the day.

The president appeared before the press for the first time since last Wednesday — the day his supporters stormed the Capitol following his remarks at a rally calling on them to march to the building — when he departed the White House for Alamo, Texas, on Tuesday morning. He took the opportunity to criticize efforts to remove him from office.

“I want no violence,” he told reporters.

Trump is expected to hold an event related to the souther border later this afternoon. Before addressing impeachment, he said the wall has made a “tremendous difference” in stopping illegal immigration.

When he leaves for Alamo, Texas, Tuesday morning, it will be President Trump’s first time in public since last Wednesday — the day his supporters stormed the U.S. Capitol after he encouraged a crowd of thousands, at a rally beforehand, to put pressure on lawmakers affirming Biden’s victory in Congress.

Apart from posting video on Twitter last Thursday, before the platform permanently suspended his account, the president has remained behind closed doors at the White House — spending his final days in office out of the public eye — but is expected to break his silence with afternoon remarks.

“President Trump is expected to travel to Alamo, Texas, on Tuesday to mark the completion of more than 400 miles of border wall — a promise made, promise kept — and his administration’s efforts to reform our broken immigration system,” White House deputy press secretary Judd Deere told reporters ahead of the visit.

The president is facing renewed calls from congressional Democrats to be removed from office in the wake of last week’s riot, with the House poised to pass an impeachment resolution as early as Wednesday charging the president with incitement of insurrection — and setting Trump up to be the first president in history to be impeached twice.

Trump, for the first time since the assault, spoke with Vice President Mike Pence at the urging of his advisers and allies in an Oval Office meeting Monday that lasted 90 minutes and was friendly in nature, according to White House officials briefed on the meeting. Pence is not expected to invoke the 25th Amendment as House Speaker Nancy Pelosi has called on him to do.

Biden, on Tuesday, will receive the President’s Daily Brief and meet with advisers, while his transition team and allies in Congress begin a push to confirm his national security nominees so they’re in place next week, with priority on the confirmation of Department of Homeland Security Secretary-designate Alejandro Mayorkas.

Defense Secretary-designate Gen. Lloyd Austin, nominee for Director of National Intelligence Avril Haines and Secretary of State-designate Tony Blinken will also be part of the push ahead of their hearings on Capitol Hill.

Biden’s nominees may also need now to contend with an impeachment trial in the Senate. Biden suggested in remarks Monday the Senate look into splitting the its time in order to confirm his nominees, pass COVID-19 relief and deal with a presidential impeachment.

Biden says US will send 20 million more vaccine doses to other countries
Climate change may be causing an early start to fire season in the West, experts say
California’s Palisades Fire grows to more than 1,300 acres as possible arson suspect questioned
Five things to know about COVID protections as Americans head back to work
Photo of mom working in bathtub leads to reflection on child care crisis
Fifteen AAPI-owned style brands to support