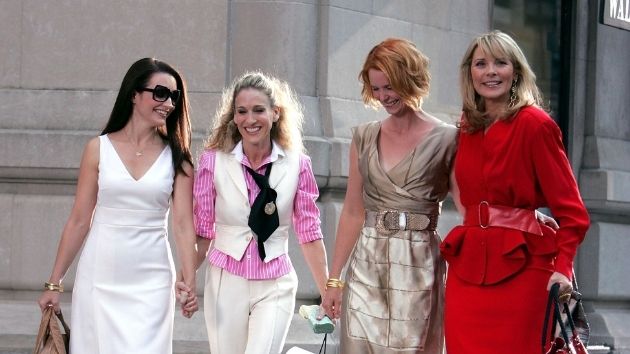 (NEW YORK) — Fans of Sex and the City are rejoicing because, after years of rumors and petitions, the beloved HBO series is being revived for the small screen, as a limited series called And Just Like That.

Sarah Jessica Parker, who starred as the series’ lead Carrie Bradshaw, confirmed the good news on Sunday in a mysterious Instagram video.

The clip features shots of New York City as “And just like that… the story continues,” is typed out on a computer screen.

“I couldn’t help but wonder… where are they now?,” the 55-year-old actress cheekily teased in the caption, confirming that the revival, which she referred to the series as “#SATCNextChapter,” will be heading to the streaming service HBO Max.

The series will reunite SJP with Cynthia Nixon, and Kristen Davis, who played, respectively, Miranda and Charlotte, both as co-stars and executive producers. Series creator Michael Patrick King is also back on board.

Both Nixon and Davis shared the teaser on their social media accounts.

However, Kim Cattrall, who played Samantha Jones, will not return, as she vowed she would not.

Sex and the City ran on HBO from 1998 to 2004 for six seasons, winning four Daytime Emmy Awards and eight Golden Globe Awards during its run.