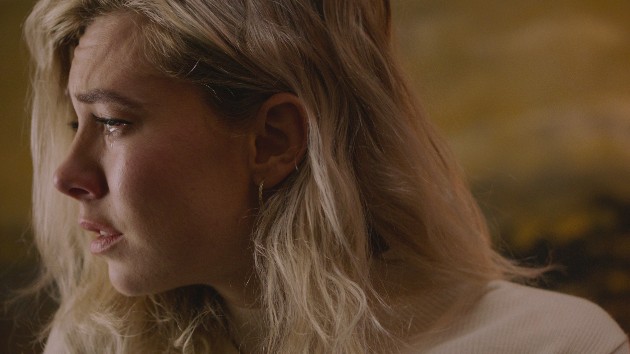 (LONDON) — Even if you didn’t know Mission: Impossible 7 was one of the first productions to spin back up after the COVID-19 pandemic all but shut Hollywood down, you’ve likely heard the Tom Cruise outburst directed towards crew members who broke the new safety rules.  Now co-star Vanessa Kirby is describing what it was like on set with what Cruise called “the gold standard” of safety protocols.

“The protocols, you get pretty used to them quite quickly,” she told Collider while promoting her intense new Netflix film Pieces of a Woman.

“Everyone’s always two meters apart, everyone’s tested three or four times a week. It’s really rigorous,” The Crown veteran says.  However, she explains that she’d had leg up in getting used to the “new normal.”

“My sister’s also a member of the crew on the film. She’s an [assistant director],” Kirby recalls. “She was on the first film [that got] back up [into production], Jurassic World, in July…and so I got to see her do it.”

Kirby added, “[I]t was such a wonderful moment because the industry had to shut down and cinemas are closed; to see the films that are getting back up and running and people being able to work was a really beautiful thing.”

Pieces of a Woman is reportedly on track for Oscar recognition, although Kirby’s co-star Shia LaBeouf was apparently deleted from Netflix’s awards consideration page following a lawsuit from his ex-girlfriend FKA Twigs that accused him of abuse.

In response, he released a statement to the New York Times in which he apologized for his past behavior, blaming his addiction issues. He said in part, “Although many of these allegations are not true, I am not in the position to defend any of my actions.”

Critics say TSA is understaffed and ill-equipped for pipeline security mission
Nathan Fillion talks Sunday night’s finale of ‘The Rookie’, and making a cop show during these times
Once hesitant about COVID-19 vaccines, some have changed their minds
‘High School Musical: The Musical: The Series’ cast talks helping fans “feel seen”
Bill named after Vanessa Guillen to reform sexual harassment in military to be reintroduced
What DiDi Richards is most excited about ahead of her first WNBA season