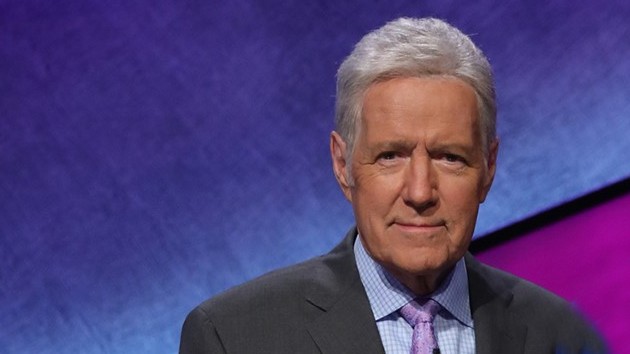 Trebek, who continued working throughout his lengthy battle with pancreatic cancer, recorded his final episode of Jeopardy! just 10 days before his death on November 8.

“I didn’t know how much pain he was in, but obviously he was battling,” Richards said on Good Morning America on Friday.  “For me, it was just emotional that he was there back at his lectern doing what he loved to do. And and that’s what was so special about it.”

“He didn’t know it was going to be his last show, the contestants didn’t know, we didn’t know,” Richards continued. “He signs off and says, ‘We’ll see you next time,’ so you’ll see a man at the peak of his powers.”

The last time Trebek addressed viewers directly was in the opening message that aired Monday evening. In it, the game show host urged viewers to show compassion during the ongoing pandemic.

“Open up your hands, and open up your heart to those still suffering with COVID-19,” he told viewers. “…We’re trying to build a gentler kinder society and if we all pitch in just a little bit — we’ll get there.”

Starting next week, Jeopardy! all-time champ Ken Jennings will be one of several guest hosts who will take over “for the foreseeable future,” according to a statement Richards tweeted in late November.

Survivors of hate crimes, bias incidents speak out about their journey to recovery
Adam Sandler responds after video about his being turned away at IHOP goes viral
Creative places to get vaccinated are popping up around the country
Rebel Wilson opens up about fertility struggles: ‘Got some bad news today’
Christina Milian teams up with Shipt ahead of Mother’s Day
Caitlyn Jenner says “biological boys” should not play in female sports: “I’m clear about where I stand”