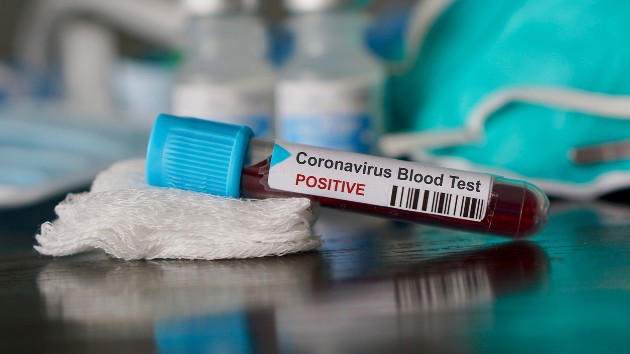 (NEW YORK) — A pandemic of the novel coronavirus has now infected more than 88.3 million people worldwide and killed over 1.9 million of them, according to real-time data compiled by the Center for Systems Science and Engineering at Johns Hopkins University.

California reported 50,030 new cases and an additional 493 deaths on Friday.

Hospitalizations in the hard-hit state are down just 0.1%.

Over 2.56 million people in the Golden State have been diagnosed with COVID-19.

In the first week of 2021, U.S. states and territories reported more cases than at any point in the pandemic so far, according to ABC News’ analysis of data compiled by the COVID Tracking Project.

Cases are on the rise in every region of the country. The CDC reports that New Jersey leads the nation with the highest average of daily cases per 100,000 people in the last seven days, followed Arizona, Rhode Island, Arkansas and California.

In New York, daily cases are nearly 50% higher than they were during the spring surge.

The U.S. surpassed 132,000 patients in hospitals this week — meaning more people were hospitalized than during the peak of the spring and summer surges combined.

Arizona, Nevada and Alabama currently hold the highest hospitalizations rates per million people in the country.

Thursday marked the nation’s deadliest day on record with 4,085 deaths, according to data collected by Johns Hopkins University.

Now, one in every 905 Americans has died from the virus.

In the last week, the seven-day average of daily deaths increased by 18.6%.

Jan 08, 11:45 am
Biden will move to release more vaccine doses when he takes office

President-elect Joe Biden will move to release more vaccine doses when he takes office, a departure from the current policy.

Transition officials have faith that the manufacturers that can produce enough vaccines to ensure people can get their second dose in a timely manner while also getting more people their first dose, according to one official.

ABC News also obtained a letter from a group of eight Democratic governors to HHS Secretary Alex Azar and Operation Warp Speed Chief Operating Officer Gen. Gus Perna. “Our states are ready to work around the clock to ramp up distribution, get more shots in arms, and save more American lives.”

“General Perna, as you have stated before, ‘a vaccine sitting on a shelf is not effective.’ We couldn’t agree with you more,” the governors wrote in part. “That’s why we are asking for your help now.”

Shea is at home and “running the department remotely,” he said.

Esposito said the commissioner regularly attends functions and is in close contact with people all the time.

“He takes extensive precautions, but the COVID rate is increasing in the city,” he said.

So far this month, 463 NYPD members have tested positive for COVID-19. As of Thursday, New York City’s seven-day average positivity rate stood at 9.21%.

London Mayor Sadiq Khan has declared a “major incident” as the virus’ spread threatens to overwhelm the city’s hospitals.

The city has 7,034 people currently hospitalized — a 35% increase from the April peak.

The London Ambulance Service is now taking up to 8,000 calls per day, when an average day would bring 5,500 calls.

“The stark reality is that we will run out of beds for patients in the next couple of weeks unless the spread of the virus slows down drastically,” Khan said. “We are declaring a major incident because the threat this virus poses to our city is at crisis point. If we do not take immediate action now, our NHS could be overwhelmed and more people will die.”