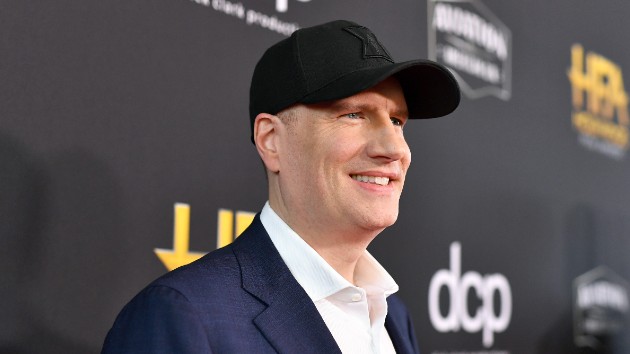 (LOS ANGELES) — The first Star Wars movie produced by Marvel Studios head Kevin Feige will be written by Michael Waldron, The Hollywood Reporter notes — and he comes with some serious geek cred.

Not only did Waldron write for the bonkers, beloved, Emmy-winning animated show Rick & Morty, but he wrote and produced the upcoming Loki series for Disney+, and worked with Feige, the father of the blockbuster-minting MCU on the upcoming Marvel sequel Doctor Strange and the Multiverse of Madness.

Nothing is publicly known about Feige’s Star Wars project, but as a lifelong fan, his jumping from overseeing the Marvel Universe to playing in Lucas’ galaxy far, far away — even for one film — made headlines when it was confirmed by then-Disney Chairman Alan Horn back in 2019.

At the time, Horn noted of Feige’s joining up with Lucasfilm and its head Kathleen Kennedy, “[K]nowing what a die-hard fan Kevin is, it made sense for these two extraordinary producers to work on a Star Wars film together.”

For his part, Feige — arguably the most financially successful producer of all time, thanks to his stewardship of the multi-billion-dollar Marvel Cinematic Universe — wouldn’t divulge any secrets about his Star Wars project, only assuring the trade, “I love that world and I love the notion of exploring new people and new places in that universe.”

Marvel Studios and Lucasfilm are owned by Disney, parent company of ABC News.