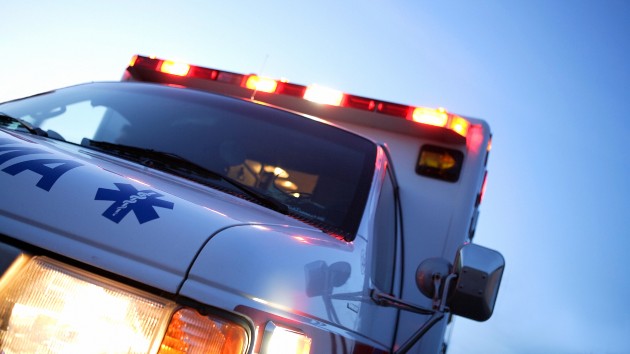 (LOS ANGELES) — Los Angeles hospitals have been scrambling to care for the rising number of coronavirus patients for weeks now, turning chapels and gift shops into space to care for those who are sick.

But the overwhelmed county’s desperation reached a new height Tuesday when its Emergency Medical Services Agency advised EMS personnel not to transport patients with blunt trauma or non-traumatic cardiac arrest to hospitals if they can’t be resuscitated.

Calling the directive a form of “countywide triage,” Eckstein said it’s the “worst nightmare” of any first responder but also stressed that patients who’ve experienced the sorts of trauma or cardiac arrest noted in the directive don’t often survive.

He said that hospitals have been so backed up that ambulances have had to wait outside for up to eight hours to transfer care of the patients.

“We can’t have multiple ambulances waiting for hours on end to offload and then have patients suffer as a result with a delayed 911 response,” Eckstein said.

Nationwide, a record of over 128,000 people were hospitalized for COVID-19 on Monday. California has reported more hospitalizations than any other state, with over 22,000 people needing inpatient medical care, while Arizona has reported the highest rate of infections in the country.

While speaking with ABC News on Monday, an urgent call to respond rapidly to a patient went out on the intercom. Prasso said the calls happen more often now, and while that patient was saved, others had died that day.

“Lately, it’s been all day,” he said. “Normally, we have like one or two a day, but there have been days recently where we’ve had eight, so that’s uncommon.”

Dr. Elaine Batchlor, CEO of the hospital, told ABC News that the hospital is in a heavily Black and Latino part of the city, and that many of the people who are sick are essential workers.

“These are the people that are stocking the grocery stores, cleaning up after all of us driving the buses,” Batchlor said. “They continue to be exposed in the community. They also live in more crowded housing situations where it’s harder to isolate. So if one member of the family gets sick, it’s very easy to transmit it to the entire household.”

Health officials have partly attributed the surge throughout the U.S. to Thanksgiving travel, when more than three million people passed through Transportation and Security Administration checkpoints on the weekend before the holiday.

The TSA reported 17 million people passing through its checkpoints between Dec. 18 and Jan. 3. While it’s still too early to determine the impact of the winter holidays on the virus’ spread, there have already been signs of the virus spreading from Christmas activities.

It’s not just hospitals that are overwhelmed, either. In Florida, some seniors waited for hours in line to schedule an appointment to get the COVID-19 vaccine, while other seniors camped out overnight to receive their shots.

Only 4.8 million COVID-19 vaccinations have been administered out of a goal of 20 million by the end of last year.

Glenn Close, Jake Gyllenhaal, Leslie Uggams and more to unite for ‘Show of Titles’ musical benefit for Actors Fund
“In spirit I know that he will be with us”: Angela Bassett talks ‘Black Panther’ sequel without Chadwick Boseman
Biden says US will send 20 million more vaccine doses to other countries
Climate change may be causing an early start to fire season in the West, experts say
California’s Palisades Fire grows to more than 1,300 acres as possible arson suspect questioned
Five things to know about COVID protections as Americans head back to work