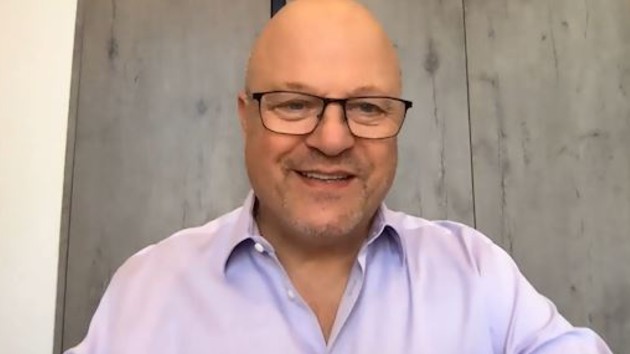 (NEW YORK) — (NOTE LANGUAGE) Michael Chiklis has been around the block in Hollywood. He first came to attention with his hit NBC show The Commish back in 1991, and then later found fame via his Emmy-winning portrayal of dirty cop Vic Mackey in FX’s acclaimed drama The Shield.

On Thursday, he’s back again, as the star and co-executive producer of Coyote, a new drama on CBS All Access. In the show, he plays a retired U.S. Border Patrol agent who is forced to smuggle the pregnant girlfriend of a Mexican drug lord across the border and keep her safe.

Shot on location in and around the real-life border between the two countries, all six episodes of the series drop on the streaming service on Thursday.

“We were supposed to be a 10-show first season, but because of COVID-19, we were we were waylaid and we were stopped in the middle of shooting the seventh episode,” Chiklis lamented to ABC Audio.  “But we can’t wait to get back down there and continue shooting this incredible journey.”

As for his decades-long career in front of the camera, Chiklis had to laugh.

“What’s been happening lately is I’ve been having these like grown-a** men come up to me, you know, with grown children next to them and going like, ‘Oh, Mr. Chiklis, I grew up watching you,"” he tells ABC Audio. “And I’m [wincing]."”

“I don’t know…I want that to be a compliment, but you’re like an old person now,” he recalls thinking. Then he laughs, adding, “But hey, man, I’m grateful I’m still here.”