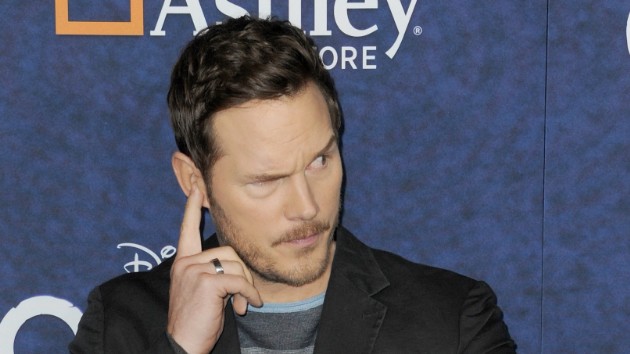 (LOS ANGELES) — It seems even Arnold Schwarzenegger has trouble telling some of the “famous Chrises” apart — which is odd because one of them, Chris Pratt, is his son-in-law.

For the record, Chris Pratt, Chris Evans, and Chris Hemsworth are all members of The Avengers onscreen.  Fellow heartthrob Chris Pine, the star of the Star Trek and Wonder Woman movies, is also part of the famous Chris quartet.

During a star-studded New Year’s Instagram telethon in which he ultimately raised over $615,000 to feed the hungry, Pratt introduced a series of stars via split-screen video, including his father-in-law, Arnold Schwarzenegger, the father of Katherine, Pratt’s wife.

“Oh, not Chris Evans. Sorry. I screwed up this whole thing right from the beginning,” Arnold laughed nervously. “I didn’t hold up the cue cards the right way,” Schwarzenegger then explains, holding up an index card reading “Chris Pratt.” Wearing a traditional green felt Austrian hat, Arnold said, “I should know you’re name, that’s for sure. You’re my favorite son-in-law.”

“I’m your only son-in-law, I better be your favorite!” a laughing Pratt protested.

Arnold went on to say he “thinks the world” of Pratt, saying he’s “such a giving person [who thinks] not only about yourself and your career, but about other people.”

Slugger Albert Pujols signs with Dodgers for the remainder of the season: Report
Biden meets with ‘Dreamers’ in the White House to push pathway to citizenship
Gaetz ally expected to plead guilty, cooperate with investigators in sex-trafficking probe
City of Columbus reaches $10 million settlement with family of Andre Hill
Olivia Munn reportedly dating John Mulaney; admitted in 2015 to being “obsessed” with him
Cara Delevingne goes NSFW with NFT for charity