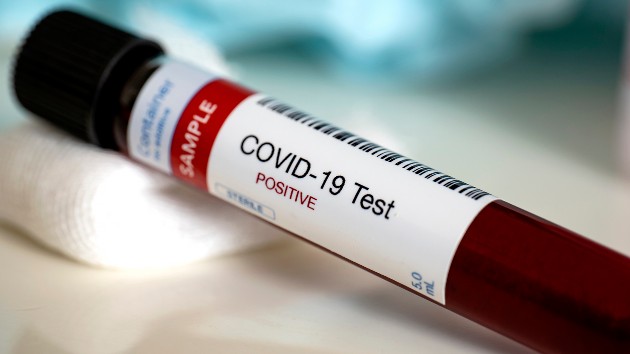 (NEW YORK) — A pandemic of the novel coronavirus has now infected more than 83.3 million people worldwide and killed over 1.8 million of them, according to real-time data compiled by the Center for Systems Science and Engineering at Johns Hopkins University.

A pandemic of the novel coronavirus has now infected more than 83.3 million people worldwide and killed over 1.8 million of them, according to real-time data compiled by the Center for Systems Science and Engineering at Johns Hopkins University.

“We can give out citations and we can urge people and we can give out masks, and we’ve given out thousands, but we don’t have the ability to mandate it in any way that’s effective,” Miami Beach Mayor Dan Gelber told WPLG.

“He continues to say that we don’t want the federal government to tell us what to do, states are better because it should be local controlled,” said Broward County Mayor Steve Geller. “But when we here in Broward are asking for local control, we’re not getting it.”

Since U.S. hospitalizations surpassed 100,000 back on Dec. 2, the nation has had 31 straight days of patients hospitalized with coronavirus over that figure — according to data from The COVID Tracking Project.

A Virginia state senator has died of the coronavirus, officials announced.

State Sen. Ben Chafin, 60, was hospitalized for the last two weeks with the virus, according to a press release. The Republican lawmaker had served in the state Senate since 2014. He is survived by his wife and three children, according to his office.

Gov. Ralph Northam ordered the Virginia state flag to be lowered immediately over the state Capitol and remain at half staff until Chafin’s internment.

“This is sad news to begin a new year with the loss of a kind and gracious man. May we all recommit to taking extra steps to care for one another,” the governor said in a statement.

WV group gets vaccine after mistakenly getting antibody treatment

About 41 West Virginian patients who earlier received the Regeneron monoclonal antibody treatment instead of the Moderna vaccine ultimately got their first shot of a vaccine Thursday, the West Virginia National Guard told ABC News.

The patients were among the 44 people who were identified on Dec. 31 as receiving the wrong treatment at a vaccination clinic hosted by staff at the Boone County Health Department.

The National Guard did not say which vaccine those patients received when they got the correct shot.

Their first shots come despite recommendations by the U.S. Centers for Disease Control and Prevention that patients who receive monoclonal antibodies or convalescent plasma should defer vaccinations for at least 90 days.

Pfizer and its partner BioNTech have plans to begin offering their COVID-19 vaccine to clinical trial volunteers who received placebo by March 1, several months earlier than initially planned, STAT reported.

The FDA and its advisers had pushed hard for volunteers to remain on placebo as long as possible to gather more safety and efficacy data about the vaccines, while the companies argued that volunteers should receive the vaccines sooner for both ethical and practical reasons.

NY reports most COVID deaths since May

New York state saw 166 deaths Thursday — the highest number of deaths in a single day since May 12.

There were 7,886 patient hospitalizations statewide, 1,292 patients in intensive care units and 776 intubated.

340,000 people have been vaccinated to date in Texas, out of the state’s received allotment of 786,000 vaccination doses, according to data from Texas Health and Human Services.

Houston Mayor Sylvester Turner also authorized the Houston Health Department to open the city’s first free COVID-19 vaccination clinic on Jan. 2. The clinic will expand vaccine access to the general public at high risk of severe illness and death from coronavirus disease, according to a statement from Texas health officials.

Texas’ health department received its first allotment of 3,000 doses of the Moderna vaccine and started administering it on December 28.

Two New Year’s Eve parties in New York City, one in Manhattan with more than 145 people and another in Queens with more than 300 people, were shut down by city sheriff deputies, according to a Tweet posted by the NYC Sheriff’s Twitter account on Friday.

The charges in connection with the shutdowns included violating emergency orders, lacking a liquor license and health code violations.

Despite repeated warnings not to travel for the holidays from the Centers for Disease Control and Prevention, 14,388,562 people passed through Transportation Security Administration (TSA) checkpoints between Dec. 18 and Dec. 31.

Still, that number pales in comparison to previous years. In 2019, 33,242,050 people were screened by the TSA at U.S. checkpoints during the same period.

Three new cases of the new COVID-19 variant first identified in the U.K. were reported by health officials in San Diego Thursday, leading them to believe there’s community-wide transmission of the new variant in the area.

The new variant, known as B. 1.1.7., has also been detected in Colorado and Florida, and is believed to be more transmissible than the old variant, but not thought to be more deadly.

“We believe that many more cases of the B. 1.1.7. strain will be confirmed in the coming days and weeks,” Dr. Eric McDonald, medical director of epidemiology and immunizations services at the country health department, said in a statement.

ICU capacity in Southern California at 0%

California reported 585 COVID-19 deaths over 24 hours on Friday, the highest one-day death toll that the state has reported thus far. Since some counties, such as hard-hit Los Angeles, are still confirming deaths from the virus not counted over the holidays, it’s not yet known whether Friday’s death report is an anomaly.

Intensive care unit capacity in the state remains extremely strained, particularly in Southern California and the San Joaquin Valley, each of which had 0% ICU capacity as of Friday, according to the California Department of Health.

Battle over holiday weekend restaurant curfew heats up in Texas

Texas attorney general Ken Paxton waded into a battle between the city of Austin and Gov. Greg Abbott Friday over whether the city’s four-day late-night indoor dining shutdown should be allowed.

Austin’s ban, which was set to run between 10:30 p.m. and 6 a.m. from Dec. 31 until Jan. 3, was upheld by a judge on Thursday. Hours later, at 7:39 p.m. local time on New Year’s Eve, the governor released a statement on Twitter telling restaurants to stay open.

Paxton backed the governor on Friday and called for the Texas Supreme Court to halt enforcement of the ban. “We cannot have local declarations conflicting with Gov. Abbott’s clear order,” he said in a statement. “I will continue to fight for Texans, small businesses and for an open economy.”

The United States surpassed 20 million coronavirus cases on New Year’s Day, with 20,007,149 infections, according to data from Johns Hopkins University.

In different terms, 1 out of every 16 Americans has tested positive for COVID-19.

As the nation’s third COVID wave continues, California has emerged as a major epicenter of the U.S. outbreak and at least three states have reported cases of the new COVID variant, which originated in the U.K. Health experts believe it to be more transmissible than the old variant, although it is not thought to be more deadly.

According to JHU, 346,408 Americans had died of the virus as of Friday.

Sen. Mitt Romney criticized the Trump administration’s vaccine rollout in a statement he released Friday, writing: “when something isn’t working, you need to acknowledge reality and develop a plan—particularly when hundreds of thousands of lives are at stake.”

Relying on states in lieu of developing a federal vaccination plan is “as incomprehensible as it is inexcusable,” Romney wrote, and offered up his own suggestions as examples of the brainstorming he said ought to be happening in Washington.

The government should enlist every medical professional not currently delivering care, such as retired veterinarians, combat medics and corpsmen and medical students, to administer vaccines, Romney suggested, noting that they could be paid using the funding Congress has appropriated for states. Additionally, schools could serve as vaccine sites and vaccinations could be scheduled for specific days according to a person’s priority category and birthdate.

While public health professionals will easily point out errors in his plan, he said, the nation needs new strategies based on “experience, modeling and trial,” especially as the U.S. begins vaccinating more complex populations.

“We are already behind,” Romney added. “Urgent action now can help us catch up.”

Jan 01, 10:37 am
Emergency field hospital being built in North Carolina

Construction on a 30-bed emergency field hospital is slated to start in western North Carolina Friday, as COVID-19 cases in the state continue to rise.

The facility, which is being built next to Caldwell Memorial Hospital, will treat COVID patients who aren’t sick enough to need a ventilator and is meant to relieve pressure on five health systems in the region.

As of Thursday, 3,472 people were hospitalized because of the virus, according to the state health department.

Jan 01, 8:59 am
More people without underlying conditions dying from COVID-19 in LA

Early in the pandemic, 10% of patients who died from COVID-19 in Los Angeles County did not have underlying conditions, according to health officials. Today, that number has risen to 14% of patient deaths.

“This indicates, that in fact, that more people than ever are not only passing away, but passing away without any underlying health conditions,” Barbara Ferrer, director of the Los Angeles County department of public health, said during a New Year’s Eve news conference.

Hospitals in Los Angeles are currently overwhelmed to the point that ambulances are waiting hours in emergency bays with patients inside, which prevents medics from responding to additional emergency calls. The death toll in Los Angeles County stands at 10,345.