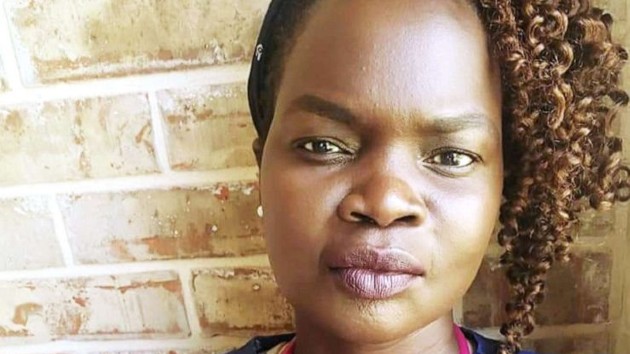 (NEW YORK) — With the start of a new year and new resolutions, some may be looking to tackle their debt this year.

One woman accomplished that goal in 2020 by paying off thousands of dollars in debt, and now she’s sharing her tips so others can do the same.

Nyajuok Tongyik Doluony, an Army vet and single mom, owed $87,000 in debt. On top of that, she also had five-figure credit card bills and car payments.

Determined to turn her financial problems around, Doluony made a promise to herself at the beginning of 2020 to pay off her debt.

“I was desperate. I didn’t want to get out of the army with my debt,” Doluony told ABC News’ Good Morning America. “I wanted to just focus on taking care of myself and taking care of my kids.”

So, the mother of three turned to a local Dave Ramsey class for help. From the financial guru, Doluony adopted several habits to help reduce her debt, including having a personal purpose for why you’re doing it, preparing and anticipating what you’ll be spending every week and month and even finding ways to bring in extra cash.

“It’s really a mindset,” said Doluony, who took on extra nursing shifts at a hospital to earn extra income. “I learned to change my mind from consuming to you know just really building wealth.”

Now, Doluony can confidently say she’s debt-free and she hopes her debt-free journey inspires others to do the same.

“After I paid all of that off, I found a sense of relief,” she said. “It doesn’t matter where they are or where they come from. I believe whatever you decide to do for your life, it will come to fulfillment.”

Here are some of the things Doluony implemented in her life to reach her financial goals:

You may not realize how much you are spending so one way to know exactly how much is leaving your bank account is to track each dollar spent. While paying off her debt, Doluony used Ramsey’s EveryDollar budget app, which allowed her to separate her expenses into different categories such as housing, transportation and money set aside for personal purchases such as clothes, makeup, etc.

“State your plan,” said Doluony. “Plan every week, plan your month out, plan your meals.”

When it came to figuring out where to begin on her debt-free journey, Doluony started with the high-interest debt first while paying the minimum on all her other debts each month. Any money left over each month would go to the loan with the highest interest rate.

When Doluony officially left the army, she had almost 60 days of paid leave that she had accrued but hadn’t used, which translated to a huge $17,000 check. That money went toward her debt with the highest interest. Once that was paid off, she moved on to the loan with the second-highest interest rate, and so on.

For Doluony, diversifying her income contributed to paying down her debt quickly. Amid the COVID-19 pandemic, she turned to health care and was able to pick up weekend nursing shifts at a local hospital for extra income.

Other options that people could consider include delivery jobs with Instacart and Uber, as well as tech jobs in e-commerce and online retail, which offer work from home options during the pandemic.

Along with the nursing shifts, Doluony also supplemented her income by selling things she found throughout her house that she hadn’t used in a long time from purses and shoes to extra stethoscopes. Selling these items brought in up to $700 one month. She even started buying things from her local Goodwill to resell on eBay and Facebook Marketplace.

Critics say TSA is understaffed and ill-equipped for pipeline security mission
Critics on left and right bash Biden’s response to Israel-Gaza violence
‘Black-ish’ renewed for 8th and final season
The “‘Bridgerton’-verse” is expanding: New spin-off to center on the origins of Queen Charlotte
US facing ‘complex and volatile’ threats from domestic extremism: DHS
Mom gets outpouring of love from Twitter after revealing she has to tell her son she is dying