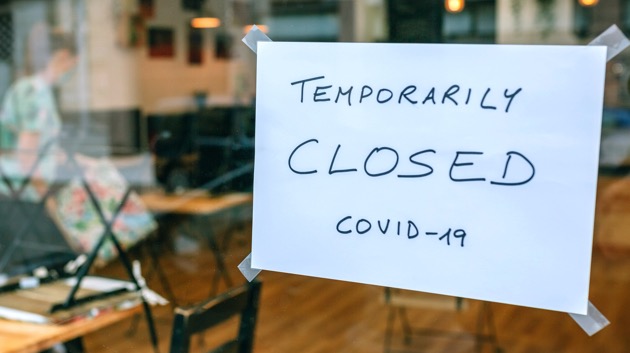 (LOS ANGELES) — Whether it’s a beloved mom and pop restaurant that’s been in a neighborhood for years or a hospitality group with multiple independent sister concepts, every part of the industry and its millions of workers have felt the tumultuous impacts of COVID-related shutdowns and policy changes to restaurant operations that have left many eateries empty and struggling to survive.

One southern California-based chef and fast-casual restaurant owner, Andrew Gruel, took matters into his own hands to give back to his contemporaries and help them get through the holidays with a little extra cash.

The Slapfish Restaurant Group owner and his wife Lauren Gruel have raised nearly $161,000 (as of the time of publication), which they have allocated to restaurant workers in need.

“What we noticed is people only need like $500 or $1,000 max — most people were just trying to figure out how to get to the next step, especially around the holidays,” Gruel told Good Morning America. “That’s why we launched the GoFundMe to help struggling, not necessarily out of work, but a lot of it is maybe people who went from 40 hours to 10 hours [of work].”

During the first restaurant shutdown in California, Gruel said he was forced to close and furlough employees, but once allowed, “we opened right back up to feed first responders, essential workers — and used our existing inventory in order to do that.”

“We went through the same trials and tribulations that I think all restaurants went through as we were trying to figure out next steps, what was going on and get through each turn,” Gruel told GMA adding that they invested “thousands and thousands of dollars into personal protective equipment (PPE)” like plexiglass barriers, gloves, masks and “everything to keep us prepared.”

Gruel said he knew it was time to do more to help beyond his own employees at the beginning of December when California Gov. Gavin Newsom’s latest regional stay-at-home order included a ban on outdoor dining.

“These recent shutdowns, including shutting down outdoor dining, just devastated the industry. There was almost no notice, so employees were effectively fired immediately across the restaurant landscape,” he said. “What I started hearing was that nobody could get through to the unemployment agency — and most of these people, too, have never even applied to get unemployment, these are people who have had career jobs in the restaurant industry.”

This is what it’s all about 🙌🏼🙏🏻. I am feeling incredibly grateful to be the vessel to help these individuals out. It’s all of you who donated and shared our fund that are truly amazing!! Thank you!! @ChefGruel pic.twitter.com/g8kE3IeOOS

Gruel said that their restaurant received “a groundswell of support for us” with thousands of people on social media asking how they could help. “We kind of decided to leverage a lot of that brand equity into a GoFundMe.”

The campaign even caught the eye of businessman and TV personality Marcus Lemonis who donated $25,000.

Our gratitude for the support from @marcuslemonis can’t be put in words. This will help so many people. Let’s keep pushing, good deeds beget more goodness. @LaurenGruel pic.twitter.com/CsdoLcjd7g

Gruel and his wife set up a Google Doc with “a full application that requires name, social media accounts, the last job you held, references and your previous job supervisor.” From there they filter through the applicants “to concur that they got their hours cut or let go and what kind of employee they were.”

“I’m spending over 16 hours a day filtering through the applications, calling references, previous employers, listening to people’s stories,” Lauren Gruel told Good Morning America on the work she has put in to ensure money is re-distributed directly to restaurant workers who apply for their help. “It’s both heartbreaking and uplifting at the same time to hear how people are so lost through these shutdowns, but how much the community is willing to help and we can pay people’s rent, groceries, utilities. So bittersweet.”

He added that his wife has worked tirelessly to continue their efforts, even with four kids and a newborn, tackling ways to get aid to those in need.

Gruel said being able to help others in his own industry has shown him that “there’s a lot of positivity and the support I’m seeing within the community is so massive it’s unbelievable. I’m shocked at how many people have come to support the restaurant industry specifically.”

While this has been and will hopefully continue to be a bright spot and positive idea for other communities, Gruel said there is more work that needs to be done to help save the industry and its employees.

“It’s been a real let down for the entire restaurant industry, especially given the timing of the holidays,” he said of the lack of government relief plans in the latest legislation. “We can watch people piled on top of one another going into big box stores — and then we’re sitting there in empty restaurants.”

“Help out by doing takeout from local restaurants and try to avoid third-party apps,” he said. “Just talking to restaurant owners and people working in restaurants and understanding their stories, and just rebuilding that community that we may have lost before the pandemic is really helpful to the morale.”

Tiger on loose in Houston for nearly a week moved to animal sanctuary
New mask guidance does not grant permission for widespread mask removal: Walensky
Summer tourist towns hope for recovery as crowds return after COVID
Tiger seen in Houston neighborhood found after week of searching, legal wrangling
Man arrested for alleged sexual assault of Asian woman, suspected of other attacks
Slugger Albert Pujols signs with Dodgers for the remainder of the season: Report